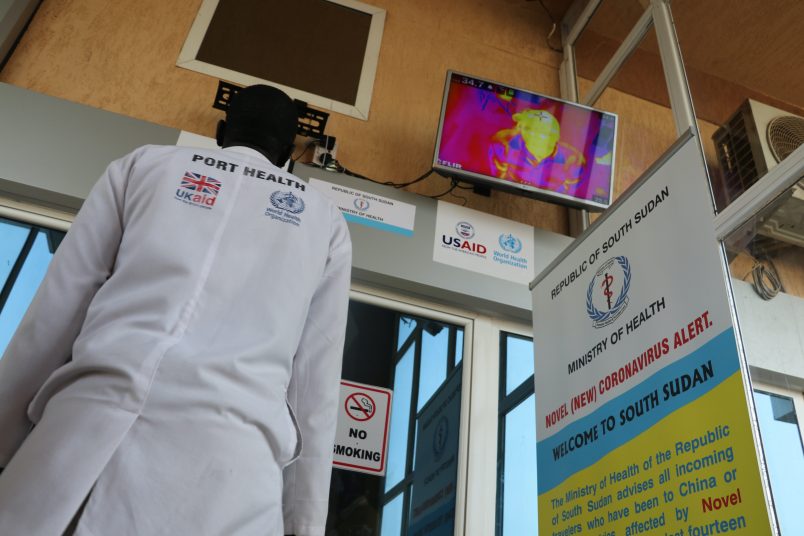 Botswana on Friday became the latest African nation to announced a suspected – but not confirmed – case of 2019-nCoV, the new coronavirus affecting China and some 20 countries around the world.

Malaki Tshipayagae, the director for Botswana’s health service, said the possible patient was aboard an Ethiopian Airlines flight from China and was identified at Sir Seretse Khama International Airport, where the individual was taken for isolation.

Botswanan authorities, working with the Africa CDC, World Health Organization and other partners, continue to investigate this case, and coordinate the monitoring and response to the outbreak.

These nations have direct links or a high volume of travel to China. “Active screening at airports has been established in a majority of these countries and while they will be WHO first areas of focus, the organization will support all countries in the region in their preparation efforts,” the organization said in a statement.

There are only two referral labs for testing on the continent, so that also is a WHO priority.

“It is critical that countries step up their readiness and in particular put in place effective screening mechanisms at airports and other major points of entry to ensure that the first cases are detected quickly,” said Dr. Matshidiso Moeti, WHO Regional Director for Africa. “The quicker countries can detect cases, the faster they will be able to contain an outbreak and ensure the novel coronavirus does not overwhelm health systems.”

As yet, there are no confirmed cases of the potentially fatal virus on the African continent. Ethiopian Minister of Health Lia Tadesse said four possible cases there have tested negative for 2019-nCoV, as has been the case elsewhere. Angolan health minister Sílvia Lutucuta reports a new suspected case there, while Sudanese authorities previously said they were investigating two possible coronavirus infections.

China’s latest update on the coronavirus epidemic, issued at midnight Thursday, listed 213 fatalities with a new total of 9,692 confirmed cases. There were 15,238 suspected cases along with 113,579 close contacts under health monitoring, according to the National Health Commission.

WHO’s International Health Regulations (IHR) Emergency Committee declared a Public Health Emergency of International Concern (PHEIC) on Thursday. The PHEIC is a designation for an “extraordinary event” with the potential for international disease spread, one that requires immediate international action and a coordinated response to reduce the global public health risk.