Home>Health>Moeti remains WHOAFRO chief as continent focuses on coronavirus
By AT editor - 3 February 2020 at 7:27 pm 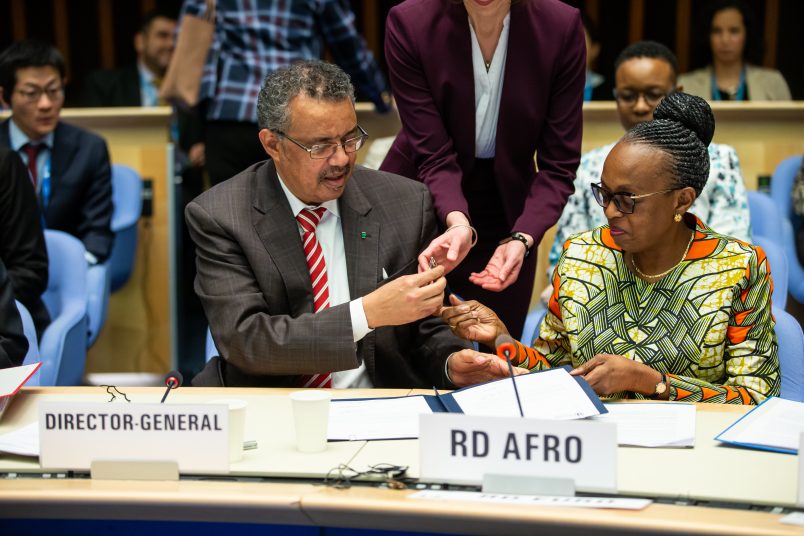 WHO held its executive board meeting in Geneva on Monday, with Dr. Matshidiso Moeti, the WHO Regional Director for Africa, reappointed to her position. Yet much of the meeting focused on the 2019nCov outbreak, which was declared a Public Health Emergency of International Concern (PHEIC) on Thursday.

China’s latest update on the coronavirus epidemic, issued at midnight Sunday, listed 361 fatalities with a new total of 17,205 confirmed cases. There were an additional 21,558 suspected cases, according to the National Health Commission.

A Cameroonian student studying at Yangtze University in China has become the first known case of an African confirmed to be ill with the new virus affecting China and spreading to two dozen other nations.

The university, located in Hubei province where cases in China are concentrated, notified its international students in a message that said the 21-year-old man became ill after returning to Jingzhou from Wuhan on January 19. He was in quarantine at the time his symptoms began to appear, and was hospitalized on January 28.

The man was diagnosed with 2019nCov three days ago and remains in stable condition, according to the statement.

While African students studying in China have expressed concern over heightened exposure, countries on the continent itself have not reported any confirmed cases to authorities. Botswana, with five suspected cases, joined other countries on Sunday in urging caution as misinformation about the virus spread on social media.

“The Ministry continues to monitor the situation closely in consultation with the World Health Organization (WHO) and assures the nation that new information on coronavirus will be communicated as and when it is available,” the government said.