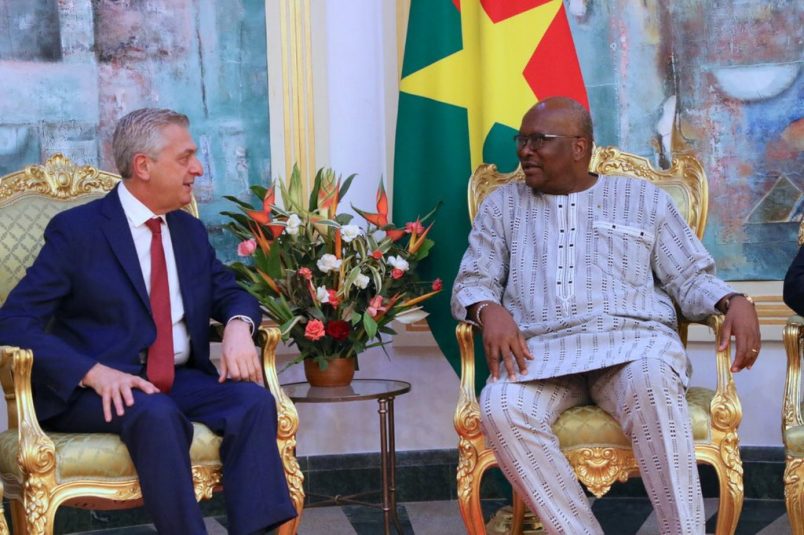 Filippo Grandi, head of the United Nations refugee agency (UNHCR), has completed a three-nation tour of the Sahel, meeting with heads of state and other leaders focused on the security and humanitarian crises.

Grandi wrapped up his mission in Burkina Faso, meeting with President Roch Marc Kaboré after stops in Mauritania and Niger. He praised Kaboré and other leaders for their work in protecting the displaced, which include some 165,000 Malian refugees crossing their borders.

“The emergency is here, in the Sahel, where people are suffering, are being killed, women are being raped, children cannot go to school,” said Grandi, saying he was shocked by the accounts of violence and cruelty. “Sahel is the place where we must intervene before this crisis becomes unmanageable.”

The number of IDPs in Burkina Faso has risen tenfold in 2019 alone, reaching a total of 560,000, according to UNHCR. The central Sahel region currently shelters over a million refugees and IDPs. During visits to the Burkinabè towns of Kaya and Dori, Grandi met with survivors of an attack that left some 20 people dead just days ago.

The extremist attacks aggravate existing ethnic and communal tensions, while the lack of security interferes with humanitarian responses to the needs of those affected. Grandi said he hopes to see better coordination between civilian and military authorities in dealing with the Sahel threats.

“In the Sahel, the response to the crisis must not be a security one alone. The protection of those forced to flee must remain at the core of our response to this displacement crisis,” he said.