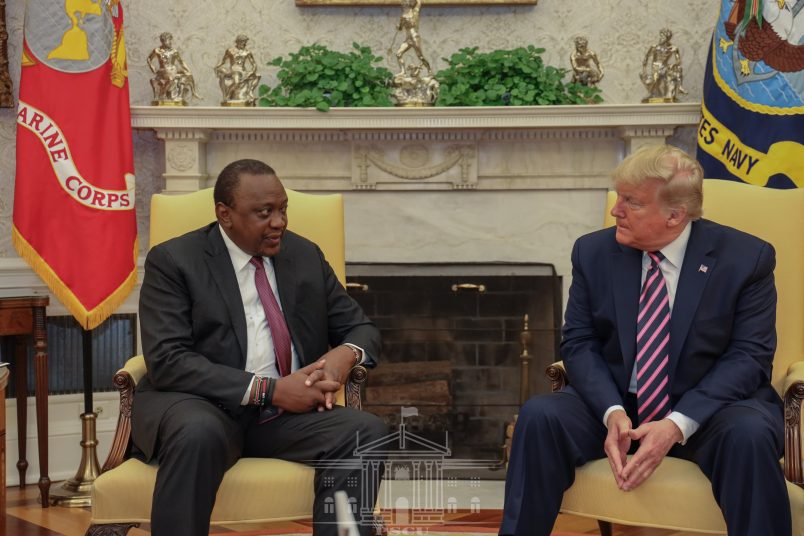 The president of Kenya said Friday that a new bilateral trade deal with the United States won’t threaten the African Continental Free Trade Agreement (AfCFTA) or reduce the country’s commitment to the African common market.

President Uhuru Kenyatta met with U.S. President Donald Trump at the White House on Thursday to discuss a free trade agreement, one that would emerge as the U.S. moves away from the African Growth and Opportunity Act (AGOA) set to end in 2025.

Both Kenyatta and Trump said a new bilateral agreement would help increase volumes of trade and investment between Kenya and the U.S. Currently, trade between the two partners is about US$1billion a year. About 70 percent of Kenya’s exports to the U.S., valued at $466 million, entered under AGOA laws in 2018, according to Kenya’s government.

Yet Kenyatta, who also participated in a broader Kenya-U.S. trade forum, said the bilateral deal won’t overshadow the hard-won AfCFTA. Rather, he expects it to open up opportunity for other African nations too.

“We are ready to move forward and what we are saying is, let the rest of the continent see us as pacesetters,” Kenyatta said. “Let them see us as the people who are clearing the field for future negotiations with the rest of the African continent because Kenya feels ready for this arrangement.”

Kenyatta also noted his nation was among the first countries to sign and ratify the African Continental Free Trade Agreement (AfCFTA) and that despite criticisms of any U.S. deal, Kenya’s commitment to the African agreement is steadfast.