Home>African Future>African Union summit focuses on 'Silencing the Guns'
By AT editor - 10 February 2020 at 4:59 am 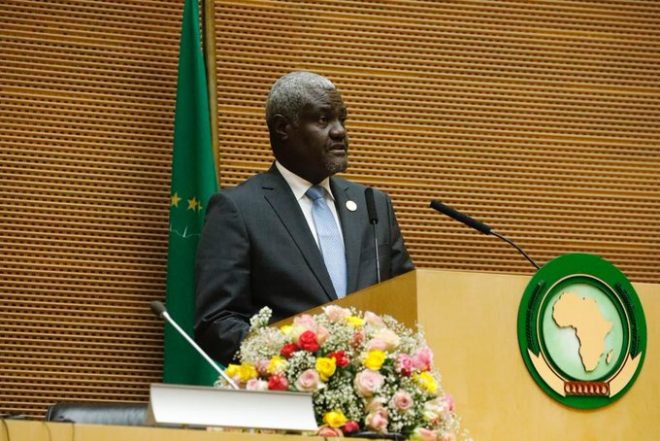 The African Union has long held a goal of establishing peace and security on the continent by 2020, though clearly the AU has fallen short of its worthy ambitions. Leaders attending the AU Summit in Addis Ababa have not forgotten, with “Silencing the Guns” as the central theme of the meeting.

AU Commission Chairman Moussa Faki Mahamat, speaking as the summit opened Sunday, stressed the need for solidarity among African countries, noting that “the deficit of solidarity is one of the big weaknesses of the system of resistance and Africa’s overall capacities for continental resilience.”

Mahamat said the relentless terrorism “threatens the collapse of some member states” and the AU remains focused on peace in Libya, Somalia and the Horn of Africa, across the Sahel and into Western Sahara, Cameroon and the Central African Republic. Mahamat also praised the peace agreement in Sudan and ongoing efforts to maintain it.

Attending the summit is United Nations Secretary General António Guterres, who spoke with reporters ahead of the opening session. He appealed to the international community to recognize the need for African counterterrorism operations, backed by the UN Security Council,  to tackle the growing threat of extremist violence.