Home>News>Lightning strike kills 4 mountain gorillas in Uganda park
By AT editor - 10 February 2020 at 4:21 am 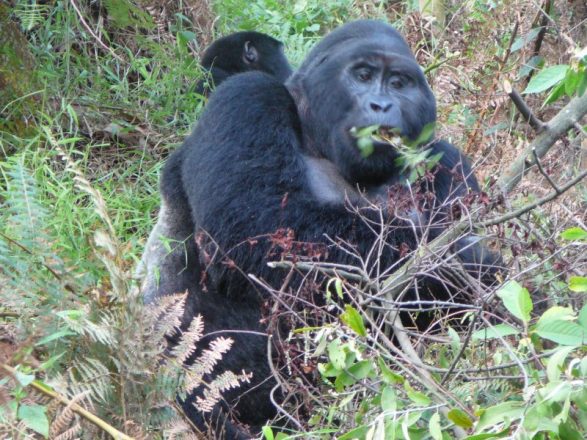 The word “hirwa” means “lucky one” in Kinyarwanda, a language shared across regional borders in a pocket that includes parts of Rwanda, eastern Democratic Republic of the Congo and southern Uganda. Yet misfortune has struck nonetheless for the Hirwa mountain gorilla family living in the Virunga conservation area.

Four of the Hirwa gorillas from Mgahinga National Park in Uganda have died after being struck by lightning last week, according to the Greater Virunga Transboundary Collaboration (GVTC), which coordinates conservation efforts in the region.

The loss included three adult females and a male infant, and was believed to have happened on February 3.

“Based on the gross lesions from the post-mortem, field assessment observation and history, the tentative cause of death for all four individuals is likely to be electrocution by lightning,” the GVTC said in a statement. Confirmation will rely on laboratory tests of the collected samples, with final results expected in two to three weeks.

The Hirwa gorilla family of 17 members crossed from Volcanoes National Park in Rwanda and into Uganda in August. The family initially formed in 2006, according to Ugandan conservationists, and continued to grow from there.

The popular Hirwa group is among many other mountain gorilla families that range within the Virunga Massif ecosystem, which includes the two previously mentioned parks as well as Virunga National Park in DR Congo.

The GVTC and its national partners said they will continue to closely monitor the health of the remaining Hirwa.