Home>Finance & Economics>Ramaphosa takes up AU presidency with an economic focus
By AT editor - 10 February 2020 at 5:23 am 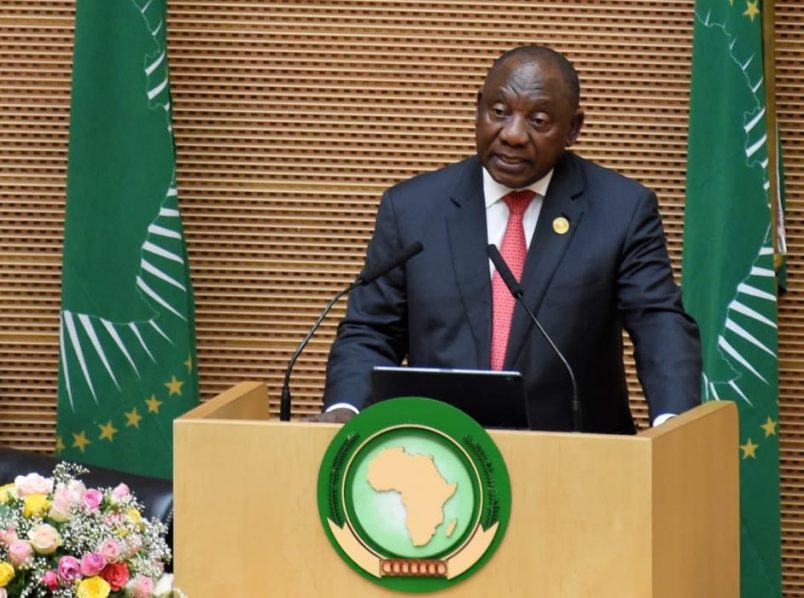 South African President Cyril Ramaphosa stepped into his new leadership role as African Union president on Sunday, taking the helm from outgoing President Abdel Fattah al-Sisi of Egypt as the AU Summit got under way.

Ramaphosa kept security issues top of mind in keeping with the AU Summit theme – South Africa will host the extraordinary Summit on “Silencing of the Guns” in May – but also focused on economic development and integration as well as climate issues.

“Today we stand at the cusp of the greatest step towards continental unity since the founding of the Organization of African Unity (OAU),” he said in his acceptance speech, emphasizing the power of the African Continental Free Trade Area (AfCFTA) adopted in 2019.

He said the AU will work closely with President Mahamadou Issofou of Niger, who spearheads the AfCFTA project, to finalize the deal.

“We must all ensure that the AfCFTA does not become a conduit for products with minimal African value addition to enter and penetrate our local markets under the guise of continental integration. There must be a reasonable standard set for what constitutes a product that is Proudly Made in Africa,” Ramaphosa said. “We have to level the playing field for African businesses.”