Home>SECURITY>CAR: MINUSCA says it's under a destabilizing media smear campaign
By AT editor - 11 February 2020 at 3:07 am 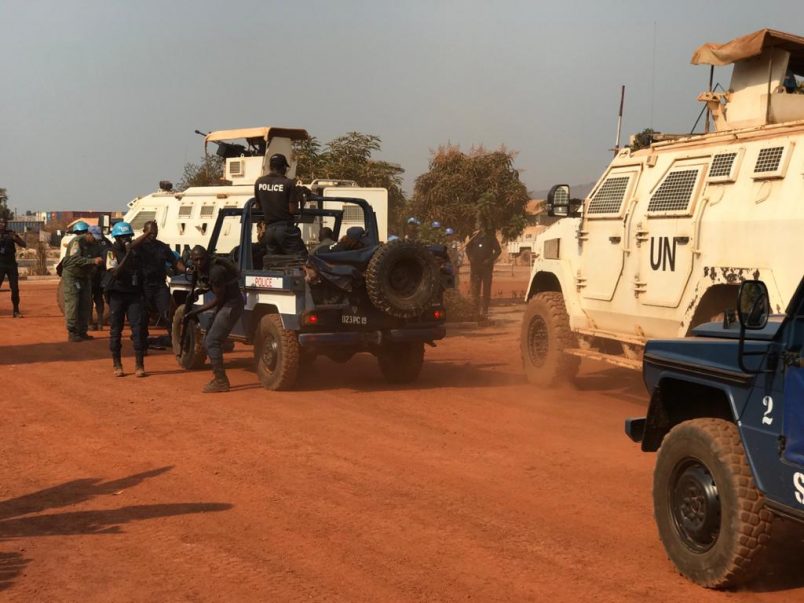 MINUSCA, the United Nations mission in Central African Republic (CAR), said Monday that its officials are targets of a new smear campaign in newspapers and on social media.

Their statement comes as some groups in CAR plan demonstrations next week to oppose certain UN officials, who they accuse of giving support and weapons to armed groups to perpetuate the country’s violence, while failing to protect civilians.

“For the past few days, MINUSCA officials have been the target of attacks in certain online media, including Ndjoni Sango, and in the newspapers Expansion and Centrafric Matin,” said the UN agency. It also says it was the target of “untrue, defamatory and unacceptable information” sent to government authorities by the Central African Patriots for Peace Movement (MPCP), which insists it is not a party and exists only to advance peace initiatives.

MINUSCA did not address any allegations specifically, but said “these acts of intimidation, threats and stigmatization are likely to cause hatred and violence against these members of its personnel.” It called on citizens of the CAR to oppose the media campaign against the UN mission and “reject any attempt at manipulation by actors who want to oppose the ongoing peace process.”

A peace deal was negotiated in CAR last February, with the African Union mediating a deal between 14 rebel group leaders and the government of President Faustin Touadéra, who is up for reelection in December. That deal has remained fragile with clashes that continue despite the relative stability.

The media campaign targeting MINUSCA has followed the sentencing of 28 militia members on Friday, on crimes that included the killing of civilians as well as 10 UN peacekeepers.