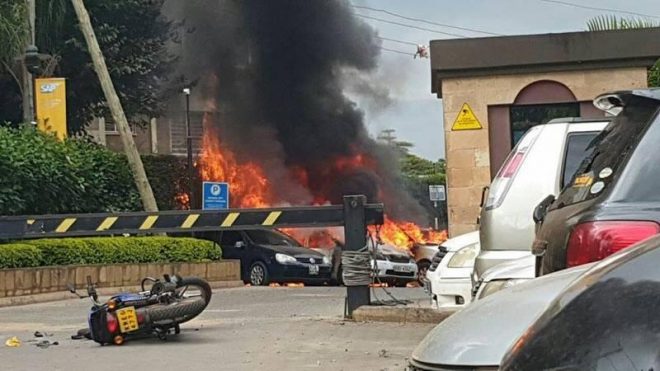 Officials in the United States have announced a new counterterrorism partnership with Kenya, in what they say is the first such Joint Terrorism Task Force (JTTF) involving American partners to be located outside of the United States.

The U.S. Department of State and Federal Bureau of Investigation say the Kenyan-led initiative will be based in Nairobi. It’s been in the works since the January 2019 al-Shabaab terrorist attack at the Dusit hotel and office complex, above, a daylong attack in an upscale part of the city that left 21 people dead.

“There was a pressing need for a JTTF that could be met through FBI’s training expertise combined with the State Department Bureau of Counterterrorism’s (CT Bureau) capacity building efforts,” the U.S. said in a statement. “The 42 selected Kenyan investigators will receive a 12-week intensive counterterrorism training at the FBI Academy in Quantico, Virginia. The FBI will administer the curriculum and provide training with assistance from other agencies, as applicable. FBI and the CT Bureau will collaboratively assess the program.”

Upon completion of the course, the JTTF-K officers will return to Kenya, where they will be assisted by an FBI Special Agent mentor. All investigations will conform to international legal and human rights standards, while cases will be tried in Kenyan courts in keeping with its constitution and any applicable international treaties.

Kenyans have seen numerous al-Shabaab incursions in recent years, including the January 5 attack at the Kenya Defense Force Military Base in Manda Bay, which left three U.S. military personnel and defense contractors dead and at least two others wounded.