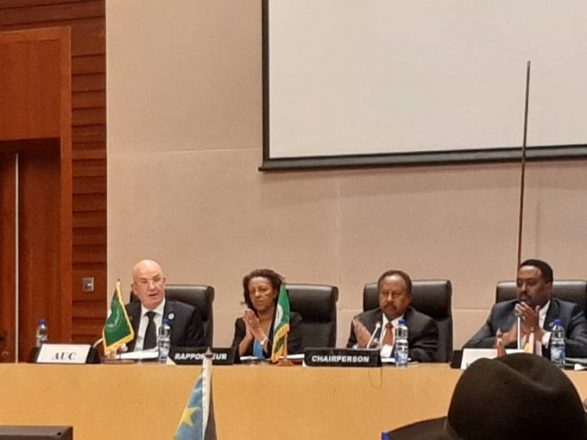 The governments of Norway, the United Kingdom and the United States are urging South Sudanese leaders to move quickly to conclude their power-sharing peace agreement, ahead of a February 22 deadline.

The troika nations said they stood in solidarity with the regional Intergovernmental Authority on Development (IGAD) that mediates the negotiations with South Sudan, and shared the IGAD frustration with a lack of progress.

“With few days remaining until a power-sharing government is due to form, time has almost run out,” the troika governments said in a joint statement. “Specifically, we encourage all sides, including the government, to reach consensus on a way forward on the number of states.  Refusing to compromise and move forward undermines the agreement, risks the ceasefire, and erodes the trust of the public and the confidence of partners.”

Extensions on a deadline for implementing the first phase of a hard-won deal between President Salva Kiir and opposition leader Riek Machar have already been granted twice, but negotiations remain stalled over the states and how their boundaries will be drawn.

“Further extension is neither desirable nor feasible at this stage of the peace process,” warned IGAD on Sunday, when the organization issued a statement on its negotiations in Addis Ababa. The IGAD meeting included Kiir and other Horn of Africa heads of state, as well as lead IGAD negotiator Ismail Wais, but Machar remains committed to fewer states than the nation currently has.

A national referendum on the states issue may be a solution, but also has the potential to further delay progress. In some areas the fighting continues, while the years of war since 2013 had claimed nearly 400,000 lives, according to 2018 research from the London School of Hygiene & Tropical Medicine.