Home>Health>WHO's Tedros to meet Tshisekedi on Ebola, DRC health system
By AT editor - 13 February 2020 at 3:01 am 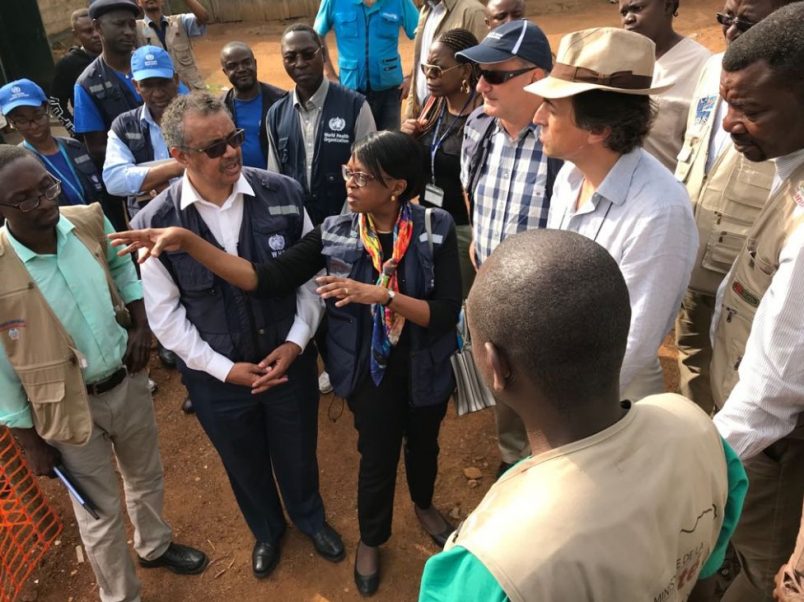 With the world’s focus on new coronavirus COVID-19, the head of the World Health Organization is headed to Democratic Republic of Congo on Thursday to assess the Ebola situation and the country’s health system.

Dr. Tedros Adhanom Ghebreyesus plans to meet with President Felix Tshisekedi and his senior advisers to discuss management of Ebola, which remains a public health emergency of international concern (PHEIC) following the decision to extend that status during Wednesday’s meeting in Geneva.

“WHO’s risk assessment is that the risk of spread is high nationally and regionally, and low globally,” Tedros said. “Nonetheless, the signs are extremely positive, and I hope that by the time the (WHO) Emergency Committee reconvenes, we will be able to declare an end to the Ebola outbreak.”

According to the latest update from Congolese health officials, there were no new fatalities on Tuesday, no new confirmed cases, and no community deaths – those that heighten risk because they occur outside of a clinic or hospital. The outbreak that began in August 2018 has claimed 2,253 lives, with a total of 3,431 cases.

Yet DR Congo is not out of the woods yet, even as new challenges emerge. “The current outbreak of COVID-19 highlights why this is so critical,” Tedros added. “Our greatest fear remains the damage this coronavirus could do in a country like DRC. Even as the flames of one outbreak begin to die down, we are fighting another fire-front.”

The Ebola-affected zones in the country’s east also remain a security concern, with the United Nations refugee agency warning Tuesday that continued attacks from armed groups have left 252 civilians dead since December, with more than 100,000 people displaced.