Home>Finance & Economics>AfDB: World Bank's Malpass 'impugns the integrity' of its operations
By AT editor - 14 February 2020 at 3:46 am 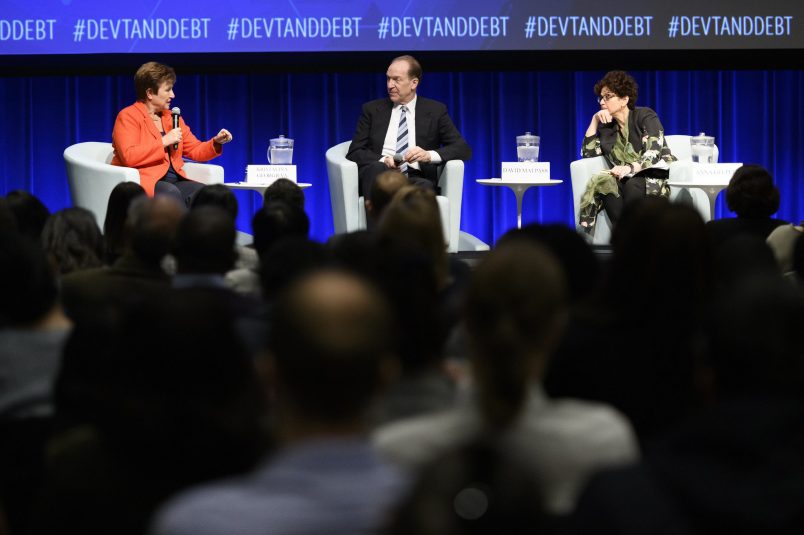 The African Development Bank delivered a forceful response on Thursday, after World Bank President David Malpass suggested the AfDB was among multinational development banks that are too quick to lend and therefore adding to the debt burden in African nations.

Malpass specifically mentioned AfDB loans to Nigeria and South Africa during a talk Monday at the World Bank-International Monetary Fund debt forum in the United States.

That prompted the backlash from the Abidjan-based bank, which said Malpass “impugns the integrity of the African Development Bank, undermines our governance systems, and incorrectly insinuates that we operate under different standards from the World Bank.”

The AfDB said World Bank’s operations approved for Africa in the 2018 fiscal year amounted to US$20.2 billion, compared to US $10.1 billion by the African Development Bank. World Bank’s outstanding loans for the same year were $8.3 billion for Nigeria and $2.4 billion for South Africa, compared with the AfDB at $2.1 billion and $2 billion, respectively.

The AfDB said it works closely with World Bank and the International Monetary Fund, and has a vested interest in the success of African nations.

‘We are of the view that the World Bank could have explored other available platforms to discuss debt concerns among Multilateral Development Banks,” the AfDB said. “The general statement by the President of the World Bank Group insinuating that the African Development Bank contributes to Africa’s debt problem and that it has lower standards of lending is simply put: misleading and inaccurate.”