Home>SECURITY>Libya faces new crisis over Tripoli: land mine recontamination
By AT editor - 14 February 2020 at 4:40 am 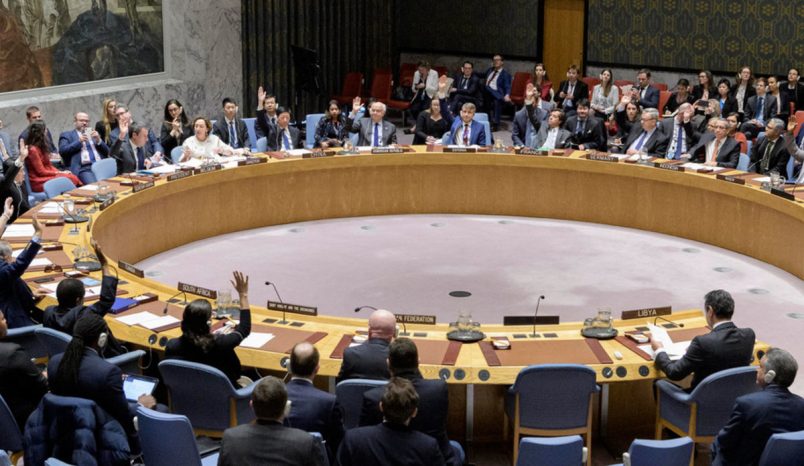 As progress on a Libyan ceasefire inches forward, experts warn of a new challenge: land mines.

An international meeting on mine action wraps up today in Geneva, and one of the renewed concerns is the recontamination with unexploded ordnance (UXO) on land in and around Tripoli since the April 2019 offensive launched by Khalifa Haftar and the Libyan National Army.

“Expenditure of ordnance and the threat posed by explosive remnants of war has increased, and sadly, many of the areas that were previously cleared of UXO have now been recontaminated as a result of the fighting,” said Bob Seddon, a threat mitigation officer with United Nations Mine Action Service (UNMAS) in Libya.

“Libya has the world’s largest uncontrolled ammunitions stockpile,” he told the UN News Service. “It is estimated that there are between 150,000 to 200,000 tons of uncontrolled munitions across Libya.”

The UN estimates some 20 million pieces of UXO are littered across Libya, where at least 647 civilians have been killed or injured in the conflict so far this year. Seddon also said the problem stretches across Africa, where he has never seen such high levels of weapons contamination in a 40-year career.

The UN Security Council on Wednesday adopted a resolution in support of the January Berlin Conference goals, which call for a Libyan ceasefire and enforcement of an arms embargo, as well as reasserting support for the Government of National Accord and the UN-led national dialogue.

The International Follow-Up Committee on Libya, established in the Berlin process, is set to meet on Sunday.