Home>Politics & Policy>Ramaphosa focuses on SA economy in State of Nation address
By AT editor - 14 February 2020 at 3:16 am 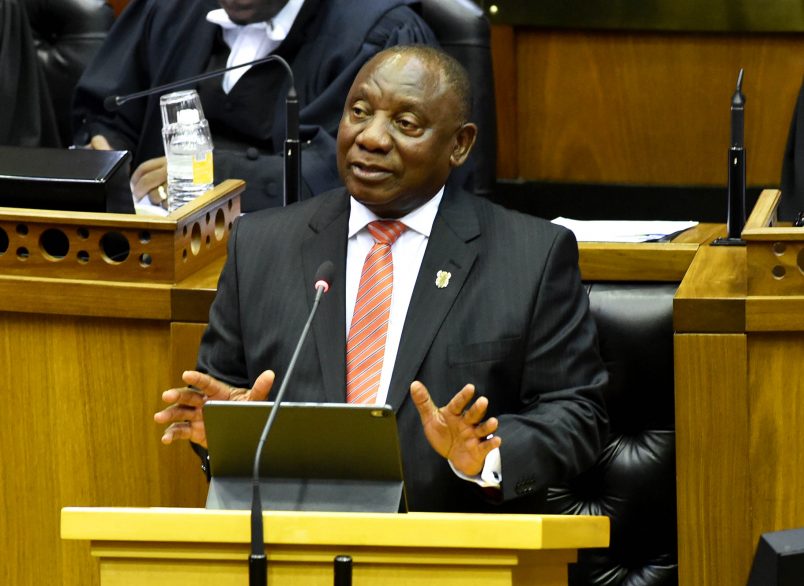 President Cyril Ramaphosa delivered a State of the Nation Address Thursday to South Africans weary of the faltering economy and anxious about the prospects for the future.

“Our history tells us that when we are united in peace and faith, we can conquer all obstacles and turn our country into a place in which we all feel safe and comfortable. It is in that spirit that we now approach the present moment,” he said. “Our country is facing a stark reality. Our economy has not grown at any meaningful rate for over a decade.”

He emphasized unemployment, which remains at nearly 30 percent, in an address that returned again and again to the nation’s financial crisis. “Of the 1.2 million young people who enter the labor market each year, approximately two thirds remain outside of employment, education or training. More than half of all young people are unemployed,” he said.

To that end, Ramaphosa announced the beginning of a Presidential Youth Employment Intervention meant to reduce the unemployment numbers across the next five years.

He also focused on the country’s state-owned enterprises, long crippled by mismanagement and linked to corruption. Eskom, the country’s energy provider, has seen such high rates of load shedding in recent months that it has “severely set back our efforts” at development, the president said.

“Every time it occurs, it disrupts people’s lives, causing frustration, inconvenience, hardship,” Ramaphosa added. “At its core, load-shedding is the inevitable consequence of Eskom’s inability over many years – due to debt, lack of capacity and state capture – to service its power plants.”

That will continue for the foreseeable future, he cautioned, as energy constraints get worse before they get better.

Ramaphosa’s addressed was interrupted by members of the Economic Freedom Fighters led by Julius Malema, but resumed shortly thereafter.

The complete State of the Nation address is available at this link.