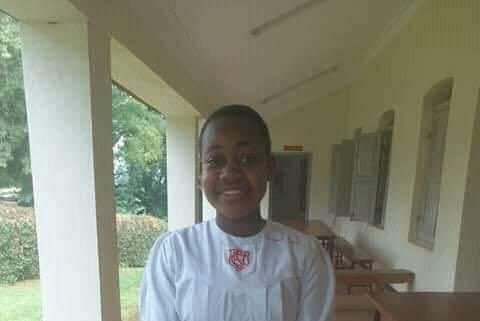 A Ugandan teen made famous by the Disney movie “Queen of Katwe” has died, according to the school she attended in Gayaza, a community just a few miles north of Kampala.

“Fare thee well Nikita Pearl Waligwa,” the school said in messages that followed news accounts of the 15-year-old actor’s death. “You were a darling to many and we have lost you to brain tumor at such a tender age.”

The Gayaza High School added the community was devastated and “no words can explain the pain at the moment.”

Nikita played the role of Gloria in the film, which was based on a true story written by Tim Crothers in his 2012 book, and then directed by Mira Nair. Gloria is the friend of chess star Phiona Mutesi, played by fellow Ugandan Madina Nalwanga, who found a pathway from poverty through chess after she was introduced to the game by youth minister Robert Katende (David Oyelowo). The 2016 film also starred Lupita Nyong’o as Phiona’s mother.

“We mourn the loss of our beautiful Nikita Pearl Waligwa,” said Oyelowo in an Instagram post. “She was a ball of light in the Queen of Katwe movie and in life. Her battle with a brain tumor was humbling to witness. Her light will live on.”

Oyelowo’s post included an image of Nikita as Gloria, explaining the rules of chess to her friend and sharing the wisdom of the film and her own life in a quote: “In chess, the small one can become the big one.”