Home>SECURITY>Cameroon denies military was responsible for last week's massacre
By AT editor - 19 February 2020 at 7:36 am 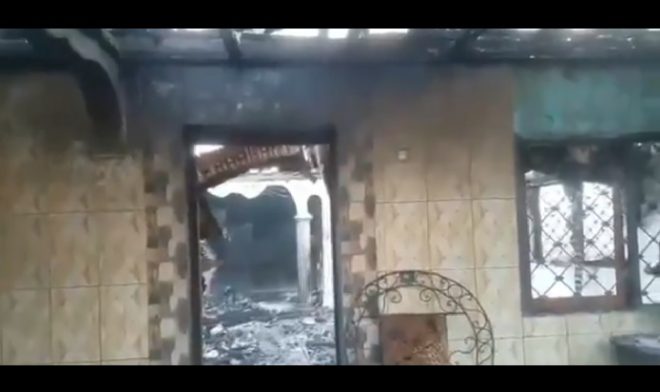 Cameroon’s government is denying allegations that its military was involved in a massacre last week in the village of Ngarbuh, a community in the country’s Northwest Anglophone region.

Spokesman René Emmanuel Sadi, speaking to reporters Tuesday, said the accusations against security forces were false. “Without the slightest preliminary investigation, several political activists, inveterate detractors, have invaded the media to blame the defense forces for the consequences of this incident,” he told Radio France International.

Sadi said five people died in a fire as police fought with armed rebels on Friday, but witnesses told the United Nations that at least 23 people died when 40 armed men, including government forces, entered the town and began burning it down.

“This attack is the latest deadly incident in Cameroon’s Northwest and Southwest regions where hundreds of thousands of people have been displaced by clashes between security and defense forces and armed separatist groups,” said the UN human rights agency OHCHR, which has called for an inquiry.

Conflict has escalated in the country’s Anglophone regions since 2016, when public protests to demand an end to inequalities began in the English-speaking regions of the West African nation. President Paul Biya crushed dissent among Anglophones, where in some cases the activism evolved into a full-blown armed separatist movement.

Chris Anu, a spokesman for the Ambazonian separatists, shared disturbing images he said were from the Ngarbuh attacks. He also put the unconfirmed death toll as high as 48 people, many of them children.

Parliamentary and local elections held earlier this month have added to the tensions, with reports that separatists kidnapped dozens of candidates and the government responded with hundreds of additional troops deployed to the Northwest region.

“The UN Human Rights Office also received information that voting centers and the houses of those involved in the election campaign were attacked by separatists,” the OHCHR said.

“We call on the Government to ensure that the security forces abide by applicable international law norms (and) standards during the conduct of their operations,” the UN agency added. “We similarly remind armed separatist groups of their responsibilities under international law and call on all parties to refrain from deliberate attacks on civilians.”