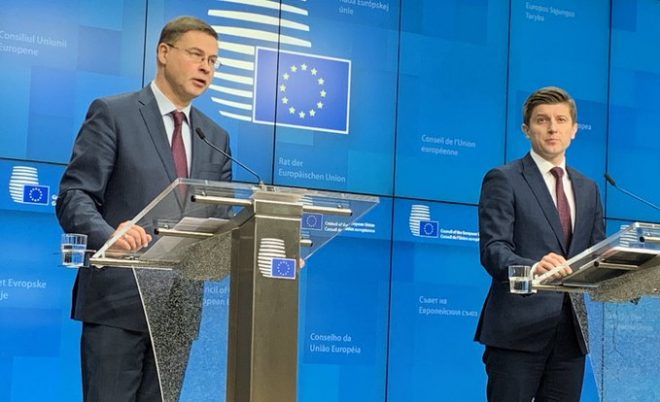 The European Union has placed the Indian Ocean island nation of Seychelles on its “taxation blacklist,” which it says is meant to encourage good governance and help countries reform their tax-haven policies.

The EU list of “non-cooperative jurisdictions” now includes 12 nations listed because of concern that their policy environments support tax fraud or evasion, tax avoidance and money laundering. The list was first established in December 2017 and offers guidance on European investment and funding in other countries.

“The EU list of non-cooperative tax jurisdictions has real bite,” said Valdis Dombrovskis, left, the European Commission vice president for economy. “Being on the blacklist carries reputational and financial consequences, as the list is linked to EU funding. At the national level, member states can also apply sanctions against listed jurisdictions.”

The EU decision follows that of France, which recently added Seychelles to its own list. That’s provoked alarm among financial authorities in the island capital of Victoria.

Last week, members of the Central Bank, Financial Intelligence Unit and the Financial Services Authority, among others, held a press conference to urge Seychelles to do better, and communicate the steps it is taking on reforms.

Patrick Payet, the finance and trade secretary, said Seychelles is already working with foreign counterparts to address challenges that include existing legal codes. The country is fast-tracking an anti-money laundering bill and another designed to curb financing of terrorism.

“We need to go to them and show them how committed and engaged we are and what we have done so far,” said Payet.