Home>African Future>Pope appeals for peace at meeting of Mediterranean bishops
By AT editor - 23 February 2020 at 8:26 pm 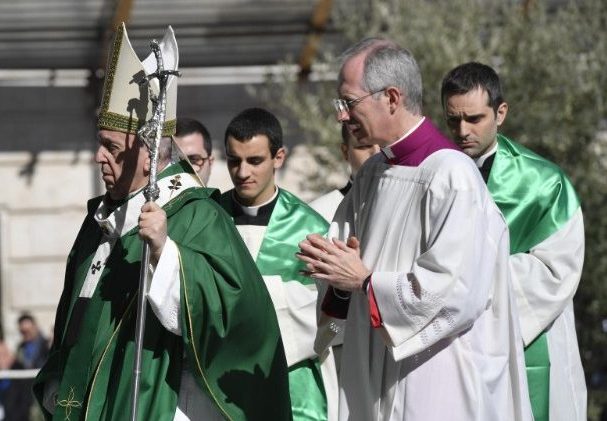 Pope Francis attended the final day of a meeting of Roman Catholic bishops from Mediterranean nations, focusing his message on the human dignity of migrants crossing the region and the need to establish peace within it.

The bishops from 19 nations met in the southern Italian port city of Bari, which – with its deep historical roots in Mediterranean religion and culture – the pontiff noted was “an eloquent sign” of relationship among different traditions.

“This sea forces surrounding peoples and cultures to constantly interact, to recall what they have in common, and to realize that only by living in concord can they enjoy the opportunities this region offers, thanks to its resources, its natural beauty and its varied human traditions,” the pope said.

Globalization in the modern era only adds to that significance, he added. The Mediterranean remains a strategic region important to other parts of the world, yet the Middle East and North Africa, in particular, continue to deal with conflict and instability.

“It is genuine madness; it is madness to destroy houses, bridges, factories and hospitals, to kill people and annihilate resources, instead of building human and economic relationships,” said Pope Francis. “It is a kind of folly to which we cannot resign ourselves: war can never be considered normal, or accepted as an inevitable means of settling differences and conflicts of interest.”

He called special attention to the concerns of youth, whose hopes and economic aspirations drive migration just as conflict and political oppression do.

“We can never resign ourselves to the fact that someone who seeks hope by way of the sea can die without receiving help, or that someone from afar can fall prey to sexual exploitation, be underpaid or recruited by gangs,” he said.

“It is unthinkable that we can address the problem by putting up walls.”