Home>Health>Mauritius bans travelers from South Korea, Italy over coronavirus
By AT editor - 24 February 2020 at 9:02 pm 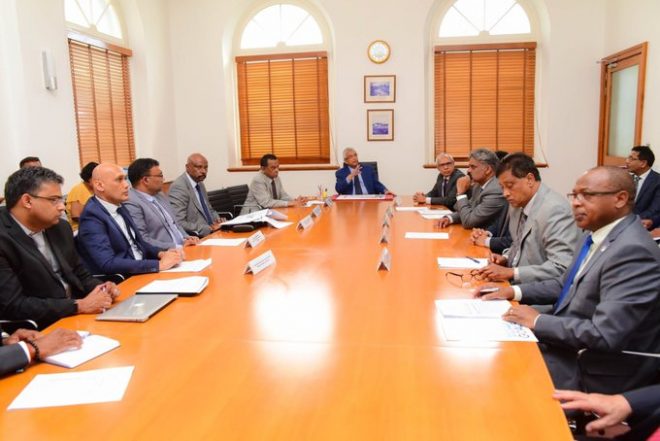 Officials in Mauritius held an emergency meeting on Monday to discuss how to deal with the coronavirus epidemic, ultimately deciding to deny entry to anyone who has been in South Korea or the three northern Italian provinces most affected by the COVID-19 outbreak.

The outcome of the meeting, led by Prime Minister Pravind Jugnauth, directly affected a group of passengers aboard an Alitalia flight who remained on the tarmac for hours before the flight returned to Rome.

Flight AZ772, with some 200 people aboard, was held because some passengers had traveled to the Lombardy and Veneto provinces of Italy where dozens of coronavirus cases are confirmed.

The plane was returned to Italy with at least 40 of those people on board, according to Italian media accounts.

Meanwhile, Mauritius said the ban on South Korea and northern Italy would apply to anyone who had visited those affected regions in the past 14 days. It is the same policy put in place on February 2 for any travelers from China, where the outbreak began.

Mauritians themselves will be allowed to enter the country if they have been in the restricted regions but they must remain in quarantine for 14 days, authorities said.

The Indian Ocean island nation has a few dozen people in quarantine but has not confirmed any COVID-19 cases.

The latest information from the World Health Organization showed new cases reported in Afghanistan, Bahrain, Oman, Iraq and Kuwait, with 61 cases and 12 fatalities in Iran. That brings the total of affected nations to at least 33.