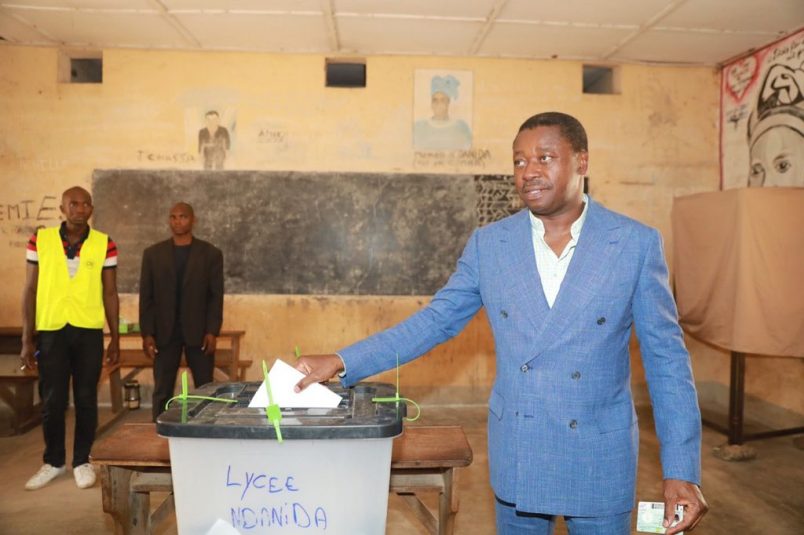 President Faure Gnassingbé of Togo is celebrating his victory in the weekend presidential election, after preliminary results showed him with 72 percent of the vote.

“To my unlucky adversaries, I would like to tell them, this is the game of democracy,” Gnassingbé said in an address to his supporters. “Let’s stop improvising, stop inventing imaginary numbers and submit to the judgment of the Togolese people.”

His remarks were directed at six opposition candidates, among whom is former prime minister Agbéyomé Kodjo,  who was widely seen as the most viable among them. Kodjo had just 18 percent of the vote, according to Togo’s National Independent Electoral Commission (CENI).

Kodjo disputes those numbers and believes he is in the lead, as do at least two other candidates who congratulated him while accusing Gnassingbé and the ruling Union for the Republic (UNIR) party of fraud.

Gnassingbé has held power since the death of his father in 2005 and was expected by many observers to win. Yet the Togolese opposition has protested the Gnassingbé government since 2017, demanding an end to the ruling-family dynasty that’s been in place since 1967 in the small West African nation.