Home>SECURITY>UNHCR: Social media insults led to fighting in eastern Chad
By AT editor - 24 February 2020 at 11:26 pm 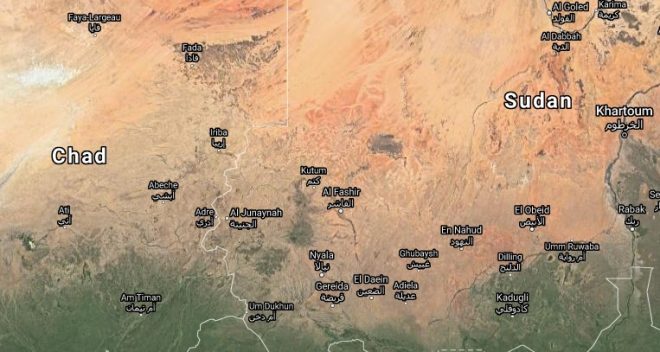 Social media provocations have been blamed for a spike in clashes among the Zaghwa people living in eastern Chad, causing at least 8,300 people to flee into Darfur regions of neighboring Sudan, according to UNHCR, the United Nations refugee agency.

The Zaghwa live in a region that stretches across the border, in communities often arranged by their occupational trade and the social status it affords them. UNHCR says the hadaheed, a tribal group of blacksmiths and artisans, voiced their demands for equal rights and opportunities within the wider Zaghwa community.

“The current conflict erupted over derogatory comments on social media,” said UNHCR, noting that the hadaheed are traditionally viewed as a lower social class. “They did not have access to education and were not allowed to marry outside their community.”

The social media posts led to clashes in the eastern border towns of Tina, Duguba and Iriba, forcing both Chadians and Sudanese refugees back into North and West Darfur.

The Darfur regions still see violence of their own, with Radio Dabanga in Sudan reporting on Monday that 65 people were killed in violence in the Kerending Camp in December, according to the Higher Committee for Managing the West Darfur Crisis.

Their investigation into those attacks, which displaced some 40,000 people, found that local officials and state security forces were implicated in violence that was not entirely caused by ethnic conflict.

Former Sudanese president Omar al-Bashir, who was deposed in April 2019, is wanted by the International Criminal Court at The Hague on charges of crimes against humanity committed during the height of the Darfur crisis, roughly from 2003 to 2008. The country’s transitional leaders have agreed to turn him over to the ICC but have yet to do so.