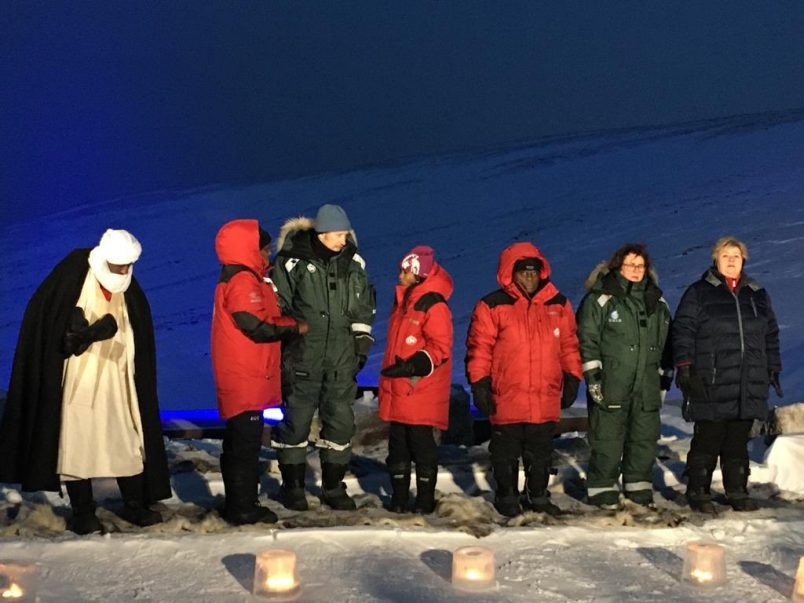 President Nana Akufo Addo of Ghana was on hand Tuesday as the Svalbard Global Seed Vault – a gene bank that protects the world’s seeds, on an Arctic Ocean island governed by Norway – received a huge deposit of seeds from plant species across the world.

They came from Mali, Morocco, Sudan and Rwanda, among 35 gene banks, and made up the largest deposit since the vault was opened in 2008. “With this deposit, the total number of seed samples stored in the Seed Vault is now over one million,” said The Crop Trust, a Germany-based organization that oversees the gene bank alongside the Government of Norway and the Nordic Genetic Resource Centre (NordGen).

Akufo Addo served as co-chair of the event with Norwegian Prime Minister Erna Solberg. It featured a “Seed Summit” that focused on “how the seeds deposited in the Seed Vault are safeguarded, and how those seeds may contribute to adapting our food systems to the effects of climate change,” as well as ending hunger, achieving food security and improving nutrition.

The Norway visit is part of a five-stop European tour that has taken Akufo Addo to Scotland, where he delivered the keynote address at the St. Andrews Africa Summit. He will speak at Chatham House in London on Thursday before visiting Switzerland and Belgium.

Solberg and Akufo Addo concluded bilateral talks on Monday, which focused on economic development and the protection of West African natural resources. Akufo Addo said the more than 50 Norwegian companies operating in Ghana will continue to see good returns on their investments.