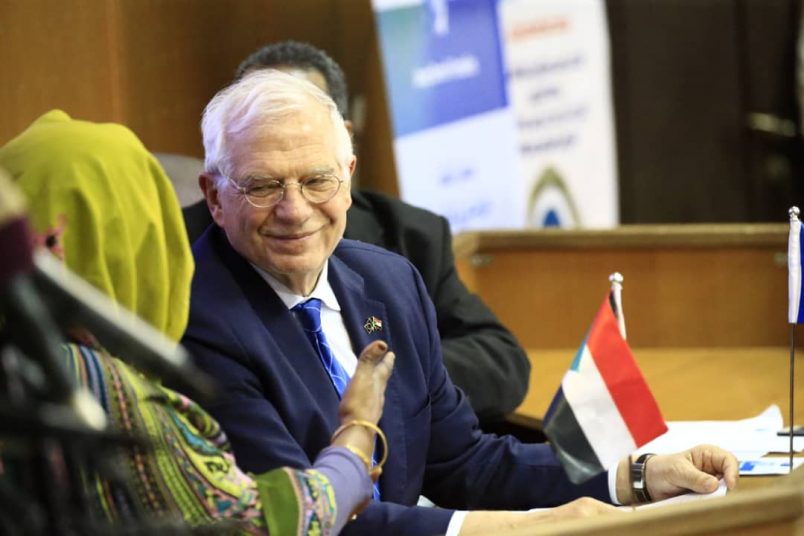 The European Union (EU) announced it is committing €100 million to support the democratic transition in Sudan, a three-year process that is expected to lead to free and fair elections in 2022.

“Besides political support, financial assistance to Sudan remains crucial, given the severity of the economic crisis in the country,” said Josep Borrell Fontelles, the EU high representative for foreign affairs who is currently in Khartoum. “We hope that these additional €100 million will boost the efforts of the transitional government to implement reforms.”

The funds are meant to stimulate Sudan’s struggling economy and support the peace process and the protection and promotion of human rights, the EU added.

Borrell met with Prime Minister Abdalla Hamdok to discuss Sudan’s progress, as well as making a visit with young leaders at University of Khartoum on Saturday. He praised their leadership as Sudan moves beyond the tenure of President Omar al-Bashir, who was forced from office last April after months of protests across the country.

Borrell also met with the regional Intergovernmental Authority on Development (IGAD) to discuss security and economic development in the Horn of Africa nations. European officials have been in the region in recent days as the EU held its Commission-to-Commission meeting with the African Union in Addis Ababa.

The €100 million announced Saturday will come through the EU Emergency Trust Fund for stability, which is designed to address root causes of irregular migration and displacement in Africa.