Home>SECURITY>UN Security Council turns attention to South Sudan
By AT editor - 5 March 2020 at 2:18 am 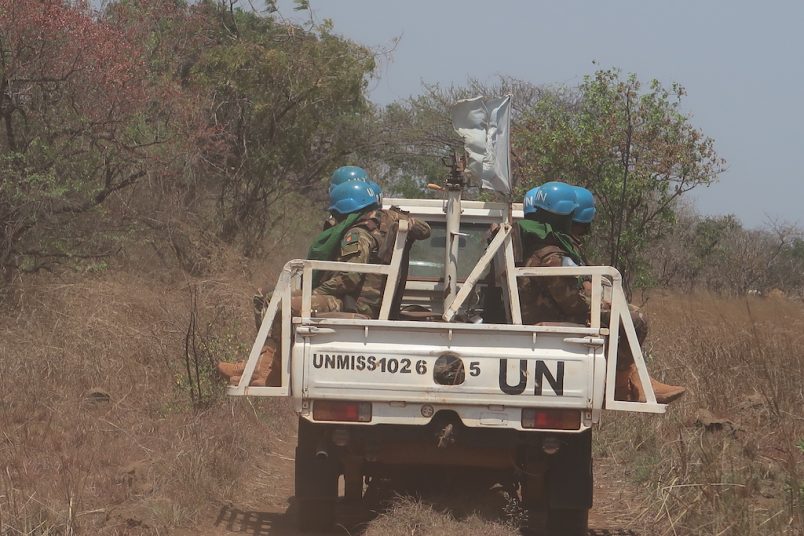 South Sudan’s leaders are moving forward on the path to peace but “the new government faces a daunting array of challenges that will test its unity,” said David Shearer, the United Nations representative, during updates delivered Wednesday to the UN Security Council.

“Our actions can push South Sudan further towards sustainable peace; our inaction can help condemn it to failure,” Shearer warned.

Both President Salva Kiir and Riek Machar, his first vice president, have returned to Juba, and four additional vice presidents have been sworn in since the February 22 agreement. The compromise on state territories was a positive step, Shearer noted, while UNMISS, the peacekeeping mission in South Sudan, will focus on hotspots of violence as the security situation improves.

A recent report from Doctors Without Borders (MSF) said fighting continues in and around Pibor, Gumuruk and Lekongole in the country’s east, a concern noted by the Security Council’s South African representative Jerry Matjila. He urged the South Sudan government to address the violence while calling attention to the country’s overall humanitarian crisis.

Both Matjila and Tunisia’s Adel ben Lagha expressed support for extending the UNMISS mandate, which is up for renewal, with the Tunisian ambassador noting the mission still has a critical role to play. Abdou Abarry of Niger also expressed support for the UNMISS role, but within the context of the regional Intergovernmental Authority on Development (IGAD) vision to revise the UNMISS composition and mission.

Akuei Bona Malwal of South Sudan said next steps include negotiations on ministerial offices and the announcement of a new cabinet. He also urged consideration of sanctions imposed on South Sudan that hinder its ability to move forward. He asked the international community to provide support and expertise to the new government, with an estimated US$1.5 billion needed to fulfill the South Sudan Humanitarian Response Plan for 2020.