Home>Commentary>Luanda Leaks’ Washington connections are hardly an exception
By AT editor - 6 March 2020 at 7:36 pm 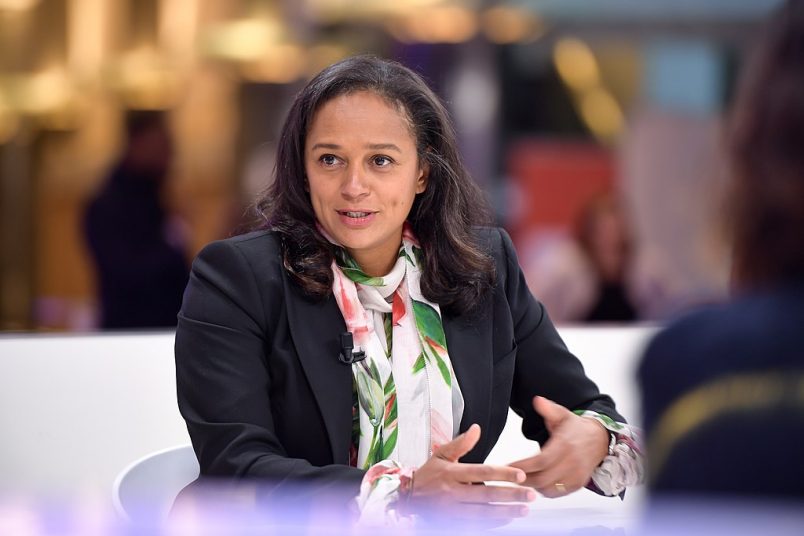 With its publication of the “Luanda Leaks,” the International Consortium of Investigative Journalists (ICIJ) effectively dispelled decades’ worth of myth-building surrounding Isabel dos Santos, daughter of Angola’s longtime president José Eduardo dos Santos. The investigative series explains how the younger Dos Santos – the former head of Angola’s state oil company and Africa’s wealthiest woman – parlayed her father’s dictatorial control over Angola into a multi-billion-dollar fortune, with help from a sprawling global network of shell companies and advisors.

The Luanda Leaks, based on over 715,000 documents obtained by the Paris-based Platform to Protect Whistleblowers in Africa (PPLAAF), casts a harsh spotlight on the web of over 400 companies in 41 countries that Isabel dos Santos and her husband, the Congolese art collector Sindika Dokolo, used to funnel the proceeds of hundreds of millions of dollars’ worth of Angolan public contracts into offshore accounts in locations as far-flung as the British Virgin Islands, Mauritius, and Malta.

A key element of the Luanda Leaks investigation has been the complicity of Western consultants, auditors, and lawyers in helping Isabel dos Santos and Sindika Dokolo quietly build their fortune. Major firms such as Boston Consulting, PricewaterhouseCoopers (PwC), and KPMG worked with Dos Santos and Dokolo for years – even after banks such a Citibank and Barclays withdrew from deals involving firms controlled by the couple. PwC was particularly active, billing nearly $1.3 million for their work in European jurisdictions including Malta and the Netherlands. To manage their reputations in addition to their money, Isabel dos Santos hired the Portuguese public relations consultant Luis Paixão Martins.

In the wake of the ICIJ revelations, Isabel dos Santos has done what many global figures have recently opted for in the face of crisis: hiring lobbyists linked to the Trump administration. One of Dos Santos’ first moves after learning of the ICIJ report was to engage the Sonoran Policy Group, a firm founded by Trump campaign adviser Robert Stryk that has raked in over $10 million in revenue since the American president took office in 2017, much of it paid by authoritarian regimes such as Saudi Arabia and Joseph Kabila’s government in the Democratic Republic of the Congo.

According to lobbying declarations filed by Sonoran in December 2019, the firm has signed two contracts with Terra Peregrin, a Portuguese company owned by Isabel dos Santos. The first, totaling $1,800,000, specifies that Sonoran will “facilitate meetings and interactions with United States and United Kingdom stakeholders on behalf of Isabel dos Santos.” The second, worth $410,000, indicates that the American firm will “place paid media for Client on behalf of Isabel dos Santos.” In addition to taking on what she calls “unfounded allegations and false affirmations” in the courts, Angola’s former first daughter is planning to take her fight to the halls of power in both Washington and London.

A familiar template for embattled businesswomen

As Sonoran embarks on its new mission on behalf of Isabel dos Santos, Robert Stryk’s firm will likely follow the template of a similar case handled by its chief rival in Trump-era Washington lobbying. In April 2019, Ballard Partners – a firm founded by Brian Ballard, another key Trump ally – declared it had begun work on behalf of KGL Investment, a Kuwaiti investment fund with links to Kuwait & Gulf Link (KGL), a major US government logistics contractor in the Middle East.

Two KGL Investment executives – Kuwaiti national Saeed Dashti and Russian national Marsha Lazareva – have been convicted by Kuwaiti courts on embezzlement charges after an estimated $500 million from an asset sale in the Philippines went missing from an investment vehicle entrusted with funds from the Gulf Cooperation Council (GCC) and managed by KGL Investment. The search for those missing funds has become an international legal drama: both Kuwaiti authorities and the GCC’s Gulf Investment Corporation (GIC) are pursuing legal action against the firm in the Cayman Islands and the United States.

To change the narrative surrounding the charges of financial misconduct against KGL Investment, a multinational team of lobbyists including Ballard Partners lobbyist and Trump special advisor Pam Bondi has embarked on a media campaign to portray Marsha Lazareva not as an embezzler but instead as a persecuted Christian businesswoman. The campaign, paid for by KGL Investment, has even sought to have the Trump administration impose sanctions on Kuwaiti officials under the terms of the Global Magnitsky Act.

With a narrative of “political persecution” muddying the waters around allegations that closely mirror Isabel dos Santos’ own legal troubles, could Marsha Lazareva and KGL Investment provide Dos Santos and her husband with a template for their counterattack? Her decision to hire Robert Stryck and the Sonoran Policy Group seems to indicate as much.

In any event, with her recent relocation to Dubai, Dos Santos may already be following in Lazareva’s footsteps and taking over the jailed Russian executive’s self-appointed place as a “leading businesswoman in the Middle East.” There, she will likely try to rebuild the luxurious lifestyle she enjoyed in Europe while staying safely outside the reach of the new authorities in Luanda.