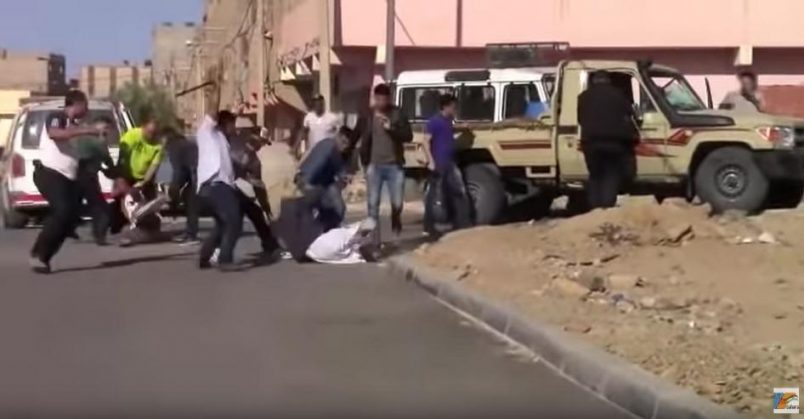 An investigation into the treatment of Sahrawi activists in Western Sahara, including an incident reportedly captured on video last year, has renewed attention to territorial and self-determination claims that have spanned decades in a North African region Morocco claims as its own.

“The video shows more than a dozen policemen in civilian clothes, many coming in and out of police cars, arresting four people,” said Human Rights Watch on Thursday. The activists were celebrating the prison release of a Sahrawi leader when they were detained while driving and beaten by the side of the road.

Two of the four people were arrested and sentenced to prison terms. A United Nations investigation determined the vehicle had rammed a police barrier before it was pulled over, but HRW maintains that even if that were true the occupants still were subject to an unwarranted attack by authorities.

“To anyone who doubts that Moroccan police forces use disproportionate violence against activists in Western Sahara, watch this video,” said Eric Goldstein, the regional director for HRW. “We look forward to the findings of the investigation the authorities promised.”

Western Sahara, within the southern region of Morocco’s borders, has been disputed territory since the 1970s. Its right to self-determination and possible independence is recognized by the African Union, most of its member nations including neighboring Algeria, and the wider international community.

The impasse over Morocco’s borders often spills into other issues, including an ongoing dispute between Morocco and Spain. It involves Morocco’s plan to extend maritime boundaries off the Western Sahara coast that would affect Spain’s claim to waters of its Canary Islands territory.