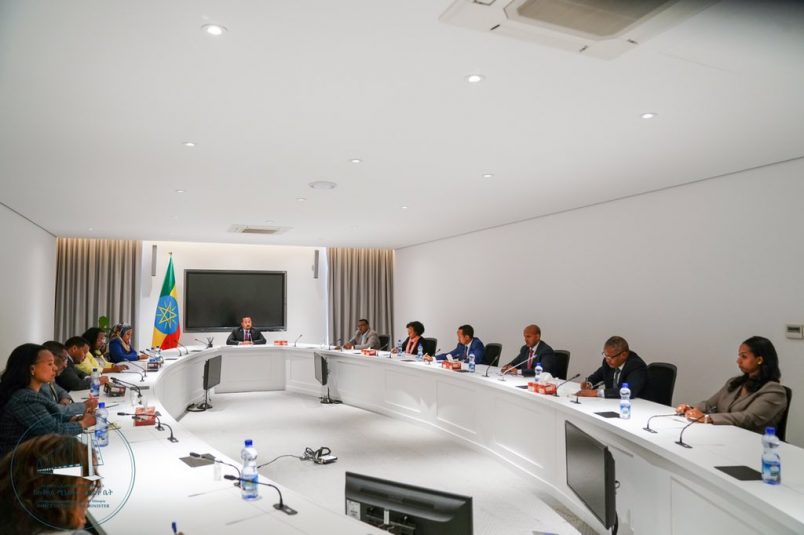 Ethiopian officials announced new measures to control the COVID-19 outbreak on Monday, as the country’s ministry of health confirmed a new case and a number of African governments enacted more strict controls amid a rising case count.

All large gatherings or events are forbidden for the next two weeks, and small gatherings may only proceed with permission from the Ministry of Health, according to a statement issued by the office of Prime Minister Abiy Ahmed. Schools will continue lessons online, and faith communities are urged to limit gatherings.

The government also launched a massive hygiene and prevention campaign to manage supplies and budget for masks, soap and other critical needs.

Ethiopia’s decision follows South Africa’s move on Sunday, as President Cyril Ramaphosa declared a national disaster. There are now 62 confirmed cases there, according to health minister Dr. Zweli Mkhize, and almost all of them are linked to travel in Europe and North America. Another 114 South Africans awaited test results after repatriation from Wuhan, the Chinese city at the center of the coronavirus outbreak that began in December.

Egypt, with 110 cases, has closed its airports to all flights beginning Thursday through at least March 31. Algeria, with at least 27 cases, has suspended travel to and from Europe.

President Uhuru Kenyatta announced two new cases and stricter measures on Sunday night, with the Kenyan borders closed to travelers from any nation where COVID-19 cases are confirmed.

“This pandemic will test us, as it is testing all countries in every corner of the world, but I do not believe it will defeat us,” Kenyatta said. “If we pull together, and everybody does their part, we shall overcome its worst impacts.”

There are now roughly 300 positive cases of the novel coronavirus on the African continent, according to health officials, with the first confirmed cases now in Liberia, Somalia and Tanzania.

The Africa Centres for Disease Control and Prevention said the cases are among those in 29 countries, as of Monday. They also include Ghana, Seychelles, Sudan and Rwanda.

Dr. Tedros Adhanom Ghebreyesus, head of the World Health Organization, warned Monday of a rapid escalation of cases in the last week. There are at least 164,700 cases in 146 countries or territories, with more than 24,000 in Italy, the new global hotspot. Cases also are on the rise in Spain, France and the United States.