Home>Politics & Policy>Will fuel marking spell the end of fuel smuggling in Africa?
By Michael Wilcox - 31 March 2020 at 8:45 am 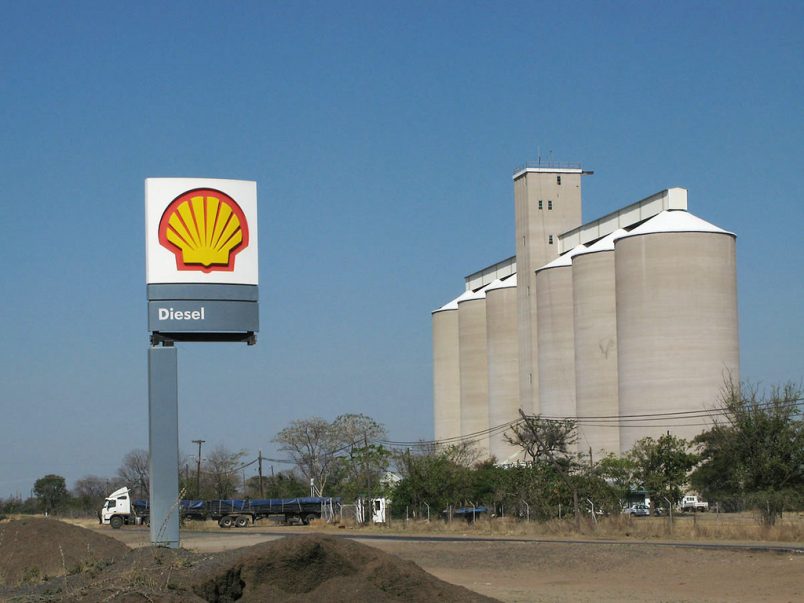 As fighting between the UN backed GNA and rebel troops increased amid desperate attempts to deal with the coronavirus crisis, the seizure of an illegal fuel shipment to rebel leader General Haftar meant that the country could add yet another item to its already extensive list of problems.

Not only has smuggled petrol allowed Haftar to sustain his offense against Tripoli, but a recent international investigation uncovered a massive fuel smuggling operation linking Libya to the illicit petrochemicals trade via Malta to European refineries. The investigation highlighted that the fuel smuggling racket – prevalent across Africa – is becoming increasingly sophisticated, making use of front companies, tax-evading manufacturers, local clans as well as corrupt law-enforcement agencies.

Fuel fraud—which consists of smuggling, adulteration, under-invoicing and outright theft of petroleum products— costs Africa as a whole nearly US$100 billion each year. Apart from draining the national exchequers of much-needed tax revenues, it also leads to lower fuel quality, resulting in higher emissions of greenhouse gases and toxins.

To mitigate the problem, several pan-continental and national efforts have already been put in place. Countries like Mozambique, Tanzania and Uganda have demonstrated that a unique identification marker can enable the tracking of fuel products across the supply chain, and help identify adulteration points and contraband fuel, thereby guaranteeing tax compliance.

Such fuel marking technology has led to significant increases in tax revenues from fuel products in these countries, along with a drop in the adulteration rates and an overall improvement in product quality. Their positive experience could serve as a blueprint for other countries currently in the planning stages to implement anti-illicit trade systems.

Can Mozambique’s experience be replicated?

In Mozambique, fuel for domestic consumption is subsidized by the state, but a large quantity is smuggled into neighbouring countries like Zimbabwe and South Africa to profit from the price differences. To address this issue, the government decided to implement a fuel marking system, ultimately awarding the contract to Swiss supplier SICPA.

Since then, a chemical marker has been added to fuel at distribution terminals to distinguish the quantity for domestic consumption from that for industrial use. With impressive results: within only one semester after the implementation of the fuel marking programme, Mozambique recovered $25 million in lost revenue, and added $650,000 to state coffers through successful prosecutions of offenders.

Mozambique’s use of the fuel marking technology demonstrated that a comprehensive fuel tracing programme includes several elements that need to be effectively linked to ensure the integrity of its efforts. Facets such as the right molecular technology, supply chain security and onfield laboratory testing need to be conducted with expertise by proficient providers. Above all, the co-operation of various government agencies has also proved vital to reap the desired benefits of such a system.

The success of Mozambique has encouraged other African countries to follow suit, most notably Botswana, a hotspot for different kinds of illegal activities surrounding fuel and its derivative products.

Indeed, Botswana is overdue for concrete steps to fight the illicit fuel sector. With more than 20 million litres of fuel going undeclared to the Botswana Energy Regulations Authority (BERA) every month at a loss of $2.5 million, the country is haemorrhaging much-needed funds. Worse, owners of oil-filling stations are often complicit in smuggling, turning a blind eye towards perpetrators who smuggle fuel beyond national borders into neighbouring countries like Tanzania and Zimbabwe.

Inspired by the positive results for other countries in the region, BERA launched a tender in October 2019 for companies which manufacture the fuel marking technology. Bids were received in January and the regulatory authority is in the process of evaluating a provider with demonstrable experience in implementing such systems.

However, before policy makers can pick a suitable supplier amongst the bidding companies, they have to face another obstacle. In an effort to skew public opinion, some media outlets have been using their platforms to promote the interests of the dominant track and trace provider in the Botswanan market – Authentix – and undermine its competitors.

That Authentix is fighting hard to maintain its dominant position is not surprising. After all, the company has come under fire in Ghana, where it provides the fuel authentication marker. The executive secretary of the Chamber of Petroleum Consumers-Ghana (COPEC-Ghana), Duncan Amoah, complained that the tracking system “seems not to be working at all.” According to COPEC-Ghana, illicit fuel still accounted for 22 percent of the fuel market in 2019 – despite the system being in place since 2013.

Fuel marking for a cleaner, greener and more prosperous continent

For Botswana, as for every other African country hoping to tackle fundamental problems like fuel smuggling, picking a competent supplier is the most important thing. A robust fuel tracking technology can help African nations to protect the well-being of their citizens while using the increased tax revenues to give a fillip to their developing economies.

By joining the group of countries that are successfully tracking oil products starting from refineries to the retail level, Botswana will play its part in the region’s collective fight against cross-border oil smuggling. Libya too has been considering fuel marking since 2018, but has not advanced on that front. Even so, as more countries follow suit, the continent will be one step closer to achieving its sustainable development targets.