Home>Health>Coronavirus throws Africa’s water crisis into sharp relief
By AT editor - 6 April 2020 at 9:57 am 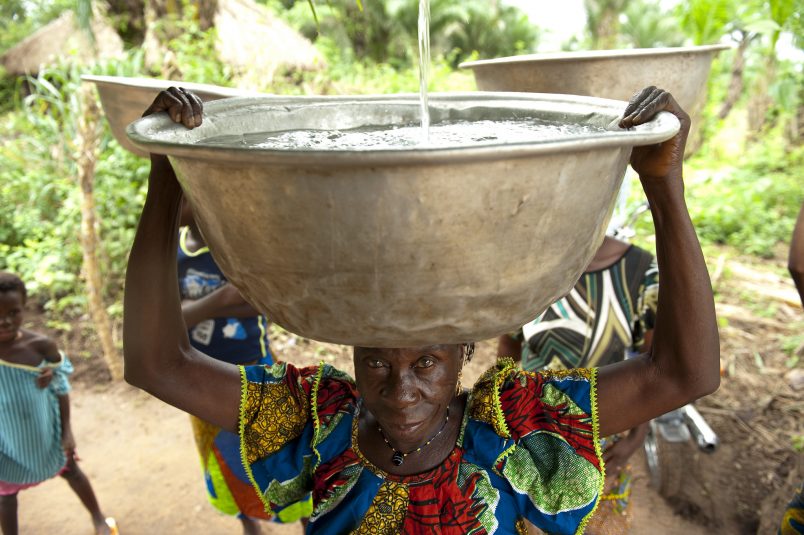 The COVID-19 pandemic has swept rapidly from its origin in the Chinese city of Wuhan to every continent save Antarctica. Not all regions have been affected equally, however. Asian countries like Japan and Singapore initially seemed hard-hit but managed to get a grip on the disease through extensive testing, tracking those exposed to the virus and cultural norms around mask-wearing—though they are now facing a second wave of cases imported from overseas. Parts of Europe have seen devastating outbreaks but are now beginning to flatten the curve. Thanks to a number of crucial missteps, the United States has now chalked up more cases than any other country.

While Africa is still in an early phase of the epidemic, the situation there is “a ticking time bomb” which threatens to become the worst outbreak in the world—thanks to a number of elements, including the continent’s uneven access to sanitary water.

Myriad factors put Africa on the back foot

Africa’s young population will work in its favour—children rarely show symptoms of COVID-19, and young adults are drastically less likely to have severe outcomes than those over 60. This advantage notwithstanding, however, other factors mean that Africa is particularly ill-equipped to fight the respiratory virus.

For one thing, the prevalence of other diseases—notably HIV—may make it more likely that Africans suffer severe complications of the novel coronavirus. Some 70% of all people worldwide living with HIV are located in Africa, and scientists have warned that given patterns seen in other respiratory diseases, HIV-positive people who contract COVID-19 may be disproportionately hospitalised with pneumonia.

A large number of patients in acute respiratory distress would put an almost impossible burden on many African countries’ healthcare systems. For comparison’s sake, at the start of the crisis, France had 5000 ventilator-equipped intensive care beds for its roughly 67 million people. Its hospitals have quickly become overwhelmed, and are ramping up this capacity to hit 14,000 such beds. Kenya’s 50 million citizens, meanwhile, only have access to 130 intensive care beds, while only 200 nurses have the specialised training to care for them. South Sudan’s 12 million residents do not have access to a single intensive care bed with the ventilator which some 5-10% of coronavirus patients need to survive.

The urgent need for prevention

With Africa’s health systems in danger of crumpling amidst infection rates similar to those seen in Western countries, the continent’s best hope is to contain the disease’s spread as much as possible. Many African policymakers continue to be sanguine about their ability to do so. Uganda’s new coronavirus czar is hoping to rely on stockpiles of protective equipment leftover from the Ebola crisis, and declared that Kampala’s emphasis on prevention will keep it from having many critical care patients.

Averting a widescale outbreak on the continent, however, also poses a nearly insurmountable challenge, in large part thanks to Africa’s acute water shortage. Public health authorities around the world are emphasizing that vigorous hand-washing is one of the easiest and most effective ways of attacking the coronavirus. As one doctor explained, soap diluted in water acts like a crowbar, prying apart molecules of COVID-19 and rendering them inert. Studies have shown that proper handwashing can decrease the likelihood of getting infected with respiratory illnesses like the coronavirus by more than 20%.

Hand sanitizer—now missing from most supermarket shelves around the world—does something similar, but isn’t as effective as regular soap and water. The problem is that three quarters of households in developing countries do not have facilities to wash with soap and water—while a full third of healthcare facilities don’t have ready access to clean water.

This clean water gap isn’t unique to Africa, of course—but the continent is the most affected region. 40% of the global contingent of people living without clean water are in sub-Saharan Africa. Even before the coronavirus, 115 Africans were dying every hour from illnesses connected to contaminated water and poor sanitation. In many cases, Africa’s water sources are tainted by sewage—something that’s particularly alarming given growing evidence that the novel coronavirus may be spread through the fecal-oral route as well as through nasal droplets.

Some progress has been made in recent years at ensuring that Africans have easy access to clean water, but the current public health crisis has made it eminently clear how much work remains to be done. A majority of Africans still feel that their governments are failing to provide them with enough clean water, while progress has been particularly slow in some parts of the continent. A mere 19% of Eritrea’s population, for example, can readily tap into a safe water supply. Even wealthier nations have trouble providing water to their citizens: nearly half of Kenyans do not have enough clean water for their needs, while more than a third report paying bribes for services like water and sanitation.

Coronavirus: the start of a paradigm shift?

The threat of a widespread coronavirus outbreak in Africa for which the continent’s medical systems are drastically underprepared should spark a new, intensive drive to ramp up access to clean water around the continent. In the short term, as Africa fights to contain the virus, providing plenty of bottled water could give citizens a safe way to keep up with the hygienic measures needed to keep the disease at bay.

In the long term, the current pandemic should jumpstart investment in upgrading Africa’s water infrastructure. As Richard Connor, the editor-in-chief of the UN World Water Development report published in late March, noted, spending on clean water supplies has lagged “because the economic benefits of better water and sanitation were not emphasized”. Access to clean water never should have been a purely economic decision for policymakers—but the wrench which the water gap has thrown into Africa’s efforts to avoid a catastrophic public health emergency highlights how invaluable it is.