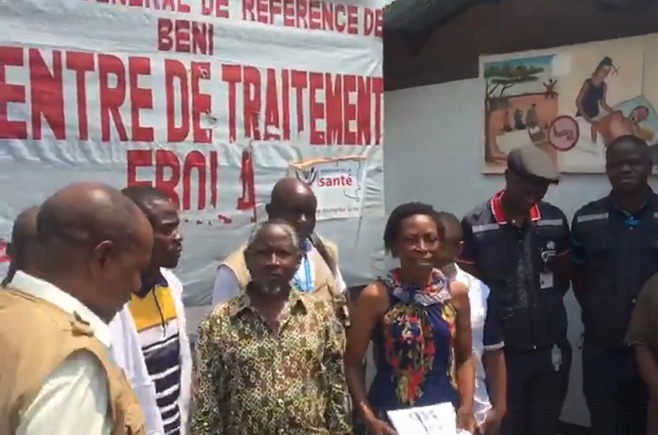 Just as the Democratic Republic of Congo was closing in on the end of its current Ebola outbreak, a new case has emerged in the eastern city of Beni.

“After 52 days without a case, surveillance and response teams on the ground have confirmed a new case. We have been preparing for and expecting more cases,” said Tedros Adhanom Ghebreyesus, director general of the World Health Organization.

“Unfortunately, this means the government of DRC will not be able to declare an end to the Ebola outbreak on Monday, as hoped. But WHO remains on the ground and committed as ever to working with the government, affected communities and our partners to end the outbreak.”

The last person who was confirmed to have Ebola in DR Congo was a woman identified as Masiko, above, who tested negative twice and was discharged from a Beni treatment center on March 3. Yet Dr, Matshidiso Moeti, the WHO director for Africa, warned that it was not yet the end of the outbreak, which follows only the West African outbreak in 2014 in its severity.

The Ebola health surveillance system has remained operative, with thousands of potential cases and contacts that stayed under investigation with no further Ebola confirmations until now. Moeti said the ongoing COVID-19 pandemic adds challenges, but WHO and the Congolese government “will continue this joint effort until we can declare the end of this Ebola outbreak together.”

Beni was at the epicenter of an Ebola outbreak that began in August 2018 in the eastern provinces of North Kivu and Ituri, one that was made more complex by years-long conflict and community mistrust in the region.

As of Friday, there were 3,456 confirmed and probable cases and 2,276 deaths associated with the outbreak.