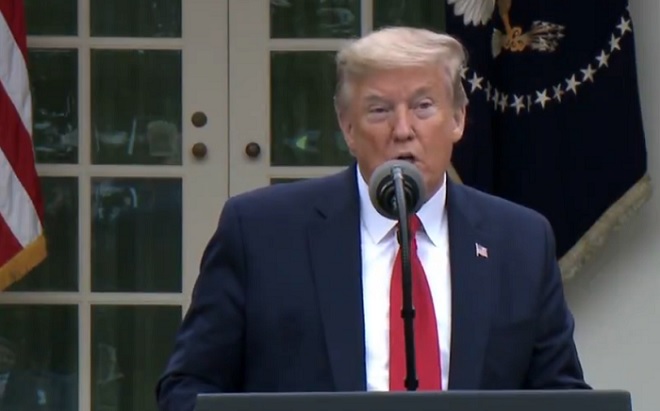 President Donald Trump of the United States escalated the controversy over his response to the global coronavirus pandemic with the announcement Tuesday night that the U.S. has frozen all funding to the World Health Organization, over what Trump claims were its management failures  and its support for China in the early stages of the outbreak.

“The reality is that the WHO failed to adequately obtain, vet, and share information in a timely and transparent fashion,” Trump said.

Trump blamed WHO for causing a dramatic increase in the death toll because it relied on Beijing for information about COVID-19, which began in China late last year. He also railed against WHO for disapproving of a travel ban on China implemented by the U.S. early on, which Trump consistently points to as a success of his administration despite the fact that the U.S. now has more than 600,000 confirmed cases. That’s nearly 30 percent of the global case total, which is closing in on 2 million, according to the COVID dashboard at Johns Hopkins University.

Trump said the U.S. provides between $400 to $500 million in funding for WHO, compared with just $40 million from China. The U.S. will withhold the funding over WHO’s lack of accountability, and may redirect the money to other unspecified global health initiatives, Trump said.

The president made his remarks in the absence of his coronavirus task force team members, whose public health or economic leadership has also caused conflict when Trump disagrees with their expertise in developing policy.

WHO did not immediately respond to Trump’s remarks, but has in recent days defended against more general allegations from the U.S. and pleaded for nations to address the crisis without politicizing it.