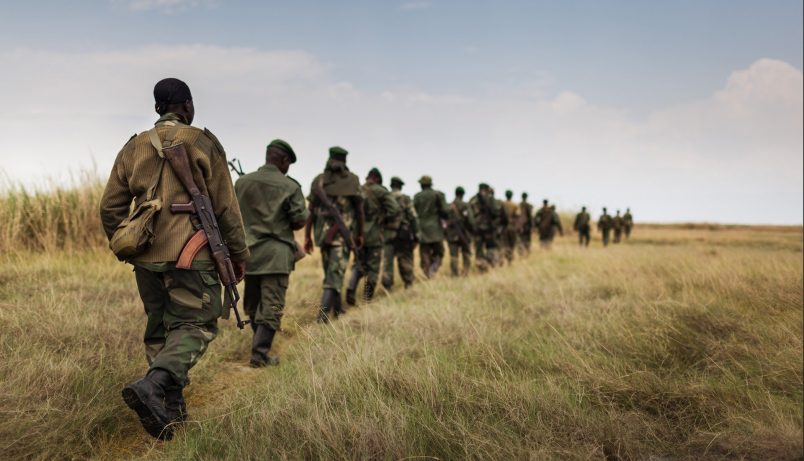 Those killed ranged in ages between 23 and 40, according to updated totals from the Congolese Institute for the Conservation of Nature, while another four civilians died. The injured, some of them in serious or critical condition, include four rangers and two civilians.

The attack happened about 11 a.m. Friday on National Route 2, near the Virunga National Park headquarters at Rumangabo.

“Initial investigations indicate that the rangers were on their way back to their headquarters when they encountered a civilian vehicle that had been attacked and subsequently came under a ferociously violent and sustained ambush,” the ICCN said in its statement. Although the attack appeared to target the civilians, the rangers died in the effort to defend them.

“We can confirm that the perpetrators of this attack were the armed group FDLR-FOCA,” they added. The Democratic Forces for the Liberation of Rwanda group and affiliated Abacunguzi Fighting Forces, also known as Mai-Mai rebels, have operated in eastern DR Congo for decades.

Virunga, in a mountainous region located near the border with Uganda, has seen its share of tragedy among conservation officers committed to protecting wildlife, including the world’s most endangered mountain gorillas. They frequently encounter armed groups and illegal wildlife traffickers, with roughly 200 rangers killed in the line of duty.

There are about 700 rangers working at the park who cover some 3,000 square miles at Virunga. The park maintains a Fallen Rangers Fund for the spouses and families of those killed in the line of duty.

More information about the fund is available here.