Home>Health>Guinea Bissau accepts shipment of Madagascar's herbal COVID product
By AT editor - 1 May 2020 at 2:26 am 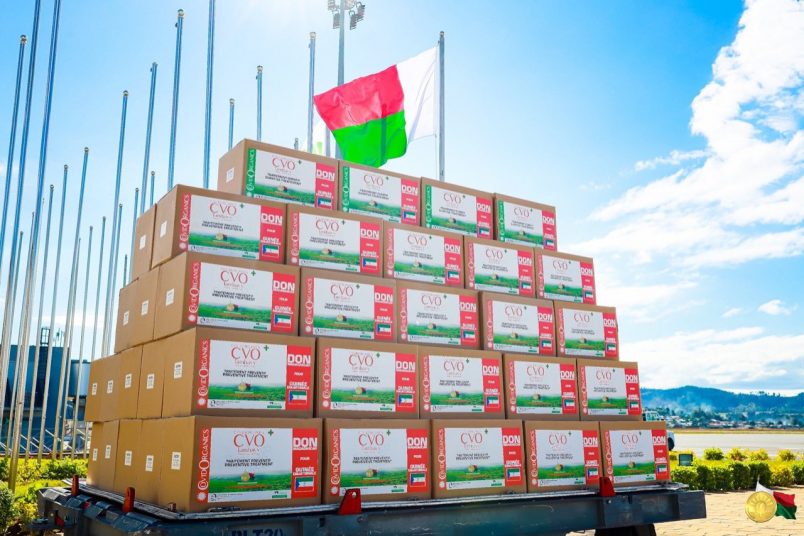 Madagascar continues to promote a controversial herbal remedy for COVID-19, and now Guinea Bissau has become the third African nation with leaders expressing interest in the Tambavy Covid Organics product for their own citizens.

That’s according to President Andry Rajoelina, who has been touting the traditional remedy developed by scientists at the Malagasy Institute for Applied Research (IMRA) in his Indian Ocean island nation.

Rajoelina announced a shipment of the herbal remedy was on its way Thursday to Guinea Bissau, after President Umaro Sissoco Embalo sent a deputy health minister to Madagascar to seal the deal.

President Macky Sall of Senegal praised Rajoelina last week for his leadership in fighting the coronavirus pandemic,  stopping short of an endorsement of the herbal tea while adding that he salutes “Madagascar’s efforts in the search for therapeutic solutions which Senegal is following with interest.”

Rajoelina also has spoken with President Felix Tshisekedi of Democratic Republic of Congo about the product, and said Africa is united in finding solutions to the COVID-19 outbreak.

The herbal remedy is made from artemisia, long used in traditional medicine for treating malaria, and other medicinal plants native to Madagascar. Rajoelina is making the product free for vulnerable populations and putting it on store shelves while therapeutic trials continue.

The move has been met with resistance from the National Academy of Medicine of Madagascar (ANAMEM), which has warned against Tambavy Covid Organics as an unproven treatment. The World Health Organization has warned nations for weeks that there are no shortcuts and they should avoid reliance on such treatments.