Home>Commentary>As Liberia’s elites sell out the country, the people continue to suffer
By Michael Wilcox - 15 May 2020 at 9:05 am 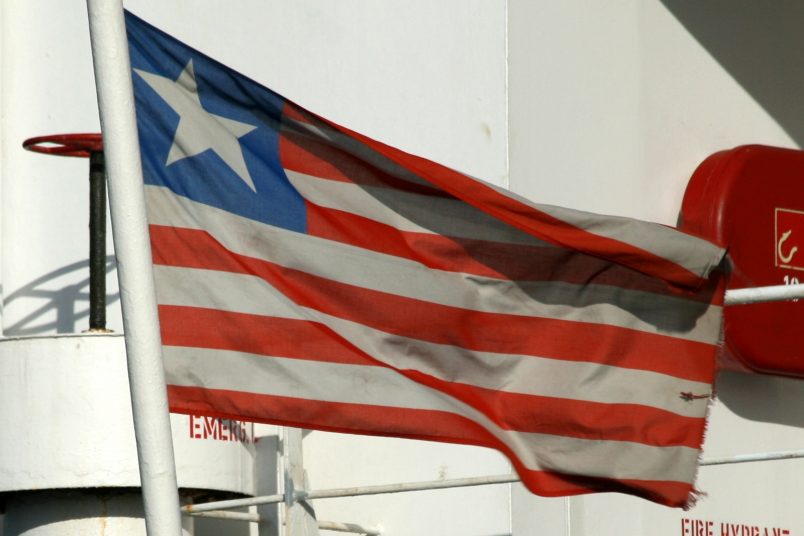 Germany has been involved in development projects in Liberia since at least 2005, providing millions in funds and expertise to the country in areas ranging from infrastructure to health. This, however, will now come to an end. Berlin recently announced earlier this week it would withdraw support for the country due to Monrovia’s continued failure to fight corruption, human rights abuses and implement governance reforms.

Instead, Germany will increase development cooperation with countries “where our commitment makes a difference and partners implement reforms,” according to development minister Gerd Müller. The minister’s blunt statement is an extraordinary embarrassment for president George Weah: Germany is usually not squeamish about sinking endless sums into development projects without any results to show for them. Berlin’s bitterness is thus a testimony to the uphill battle it has fought in Liberia.

It also lays bare the frustration involved in working with corrupt elites guided purely by self-interest at the expense of the population. Germany is not the only country to have provided support in good faith, making Liberia’s lack of progress even more exasperating. According to the CIA, Liberia’s GDP and purchasing power actually declined over the years, and the percentage of the population living below the poverty line jumped from 54.1 percent in 2014 to almost 84 percent in 2018. It ranks 181 out of 189 countries globally in the Human Development Index 2018, making it well one of the poorest countries on the planet.

These jarring statistics are hardly surprising. After all, Monrovia elites have been selling out Liberia’s land and riches to international corporations without blinking an eye, while trampling local communities’ rights under foot. One of the most blatant examples of this is the case of Golden Veroleum, a palm oil producer belonging to Golden Agri Resources, which in turn is part of the powerful Indonesian Widjaja family business empire Sinar Mas Group, a palm oil and pulp conglomerate. It’s well known for its human rights and environmental abuses spanning Africa, Asia and even North America, where its subsidiary Paper Excellence faces opposition from Canadian First Nation groups.

In Liberia, Golden Veroleum received extensive land concessions from the government in 2010 – but it did so without consulting local indigenous communities, whose livelihoods depended on those lands. This blatant land grabbing – the government had signed away a whopping 2.3 percent of Liberia’s entire land area for at least sixty-five years – led to widespread destruction of primary forests and wetlands, effectively robbing the indigenous Kru and Sapo peoples of their native lands. Alfred Brownell, an environmental lawyer who had to flee Liberia after receiving numerous threats for taking on the palm oil industry, confirms that “The government wasn’t respecting the laws that were on the books. The public land law mandates that before anyone can obtain rights to a deed, they must obtain the consent of communities.”

Instead, the palm companies “had brought in 25-plus yellow [excavating] machines, and they were just clear-cutting the forest.” Calls of the indigenous communities on the government about the injustice done to them went unheeded, partially due to pressure from the palm corporations, only finally to explode into violent protest in May 2015 with the occupation of Golden Veroleum’s Sinoe County plantation that saw several workers and a high-ranking government official held hostage.

The fact that Golden Veroleum was called out by the Roundtable on Sustainable Palm Oil (RSPO), the most important global certification body for the palm oil industry, on its human rights abuses and misconduct for its actions in Liberia, is telling. Instead of heeding their demands to renegotiate with the communities, the Widjaja-owned business preferred to quit the RSPO altogether.

Such doing is all sanctioned by corrupt officials in Monrovia, and unfortunately, Golden Veroleum is far from the only company receiving preferential treatment over the population. Even if current Liberian president George Weah is to blame for his evident unwillingness to reign in corruption and build a functional state apparatus, it is the administration of Weah’s predecessor, Ellen Johnson Sirleaf, who truly escalated Liberia’s sell out. During her tenue, land concessions were handed out at an until then unprecedented scale.

British palm oil giant Equatorial Palm Oil (EPO), for instance, acquired Liberian Operations Inc. (LIBINC) in 2008 and laid claim to 169,000 hectares without consulting the local population, which predictably led to conflict with the 7,000 people of the Jogbahn Clan. Although this clash remains unresolved, EPO has defied all protests and moved to acquire an additional 35,000 hectares.

In 2012, the government signed the Palm Bay concession to the British firm, which had portrayed itself as a vector for development – an often-used rhetorical device by foreign companies to justify their presence in Liberia and other African countries. EPO assured villagers in the area to “bring employment, fix the roads, and fund schools and clinics” and to compensate them for the land they had to give up. However, such promises were made on a purely verbal basis: no memorandum of understanding was ever signed and, predictably, none of the infrastructure projects or payments were fulfilled.

The people of Liberia are on their own and cannot expect any support from Monrovia. Not only have they signed away their native lands, but opposition is routinely violently suppressed by the Liberia National Police and corporate security. Petitions to extract some form of compensations have gone unheard in the corridors of power to this idea.

In the light of this, Germany ending its support in Liberia could make an already bad situation worse. Even if clearly ineffective, Berlin’s presence might have provided some sort of anchor for those genuinely trying to change the way things are in Liberia. For land is more than just the earth on which to stand – it’s security and identity. With roughly 40 percent of total landmass sold off, successive Liberian governments have committed a horrible crime in giving it away so lightly.