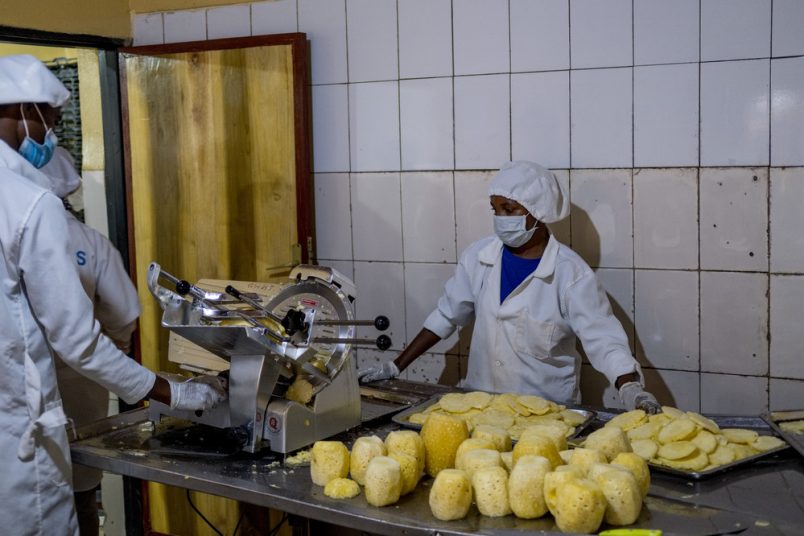 Africa has so far escaped the worst health consequences of the COVID-19 pandemic. However, the continent looks like it could be the worst hit from the economic fallout of the crisis: 80 million Africans could be pushed into extreme poverty if action is not taken. Disruptions in food systems raise the prospect of more Africans falling into hunger. Rural people, many of whom work on small-scale farms, are particularly vulnerable to the impacts of the crisis. It is therefore vital that the COVID-19 response address food security and target the rural poor.

At this time, the international development agenda is prioritizing health, economies and infrastructure. But there must also be a focus on food security, agribusiness and rural development. This is especially important on the African continent.

Agriculture contributes to 65 percent of Africa’s employment and 75 percent of its domestic trade. Now the rich potential of agriculture as a tool to promote food security and fight poverty is at risk from the effects of COVID-19.

In March, the United Nations Economic Commission for Africa predicted growth in Africa would drop from 3.2 percent to 1.8 percent in 2020. Within the continent, lockdowns are disrupting inter-regional trade. The effect of restrictive measures on food trade is especially worrying, in particular for food-importing countries but also because of shrinking export markets for the continent’s farmers.

Across the European Union (the largest export market for Africa’s fresh fruits and vegetables), demand has dropped for popular produce such as Kenyan avocados, South African citrus and Moroccan vegetables. Kenya has also recorded an 8.5 percent decline for tea exports to destinations like Iran, Pakistan and United Arab Emirates. Within countries, we are already seeing that interruptions to transport and distribution systems are impeding small-scale farmers from accessing essential inputs – like seeds and fertilizer – and getting their food to markets.

African governments have defined stimulus measures to mitigate national and regional economic impacts of COVID-19. As they do, they must remember that investments in agriculture can be up to five times more poverty-reducing than investments in other sectors. Investments in rural, small-scale agriculture are particularly important for the region’s food security, for safeguarding the livelihoods of some of its most vulnerable people and for sustaining the gains in poverty alleviation and wealth creation.

Small farms everywhere traditionally make a huge contribution to global food security. Around the world, smallholder-dominated systems produce 50 percent of all food calories on 30 percent of the world’s agricultural land. In sub-Saharan Africa, however, the role of small-scale farms is even more significant because 80 percent of farms are small in most of these countries.

Even before the current crisis, more than 820 million people globally were going hungry daily. And the majority of the world’s poor and hungry people live in the rural areas of developing countries. In Africa, reliance on food imports, and lack of services and infrastructure to enable small-scale farmers to produce and market food, along with the shocks of climate change, have all increased the fragility of food access.

In April, the World Bank projected the pandemic would hit Africa the hardest of any region, pushing 23 million people into poverty. This raises the question of how small producers in Africa can get access to inputs and finance to grow and sell the food needed to ensure food security and support livelihoods. African leaders must be in the vanguard of funding solutions.

In April, the International Fund for Agricultural Development (IFAD) launched a multi-donor Rural Poor Stimulus Facility to address the immediate fallout of COVID-19 for rural people in Africa and elsewhere. IFAD specializes in investing in poor rural people, targeting the poorest and most marginalized. Among other goals, the new facility will provide small-scale farmers and fishers with basic inputs, and help them access markets and maintain cash flow. IFAD committed US$40 million to the new fund, but aims to raise at least $200 million more from UN member states, foundations and the private sector.

The facility will complement and scale-up the work IFAD has  already been doing to repurpose existing project activities. In Malawi, for example, a program is providing social cash transfers to ultra-poor farmers and delivering messages about financial literacy and COVID-19 prevention. In Eritrea, vulnerable households are receiving small ruminants and seeds to maintain production, access markets and safeguard household food security during the crisis.

These immediate actions are essential to mitigate the worst risks of the crisis. They are also important to safeguard IFAD’s past and ongoing investments to build the long-term resilience of rural livelihoods. Ultimately, we need to ensure that rural people and their businesses are the foundation of resilient rural economies and food systems across Africa. Then, when the next crisis strikes, the vulnerable people of today will be better able to protect their livelihoods and avoid the risk of falling into poverty and hunger.

The pandemic will expose the livelihoods of rural marginalized groups to unprecedented challenges. To restore hope to those affected, we commit strongly to the idea that no one will be left behind, especially in Africa.

The authors are Olusegun Obasanjo, former President of the Federal Republic of Nigeria and Hailemariam Desalegn Boshe, former Prime Minister of the Federal Democratic Republic of Ethiopia. Both are IFAD Special Envoys engaged to mobilize support and advocate for greater investment in rural areas.