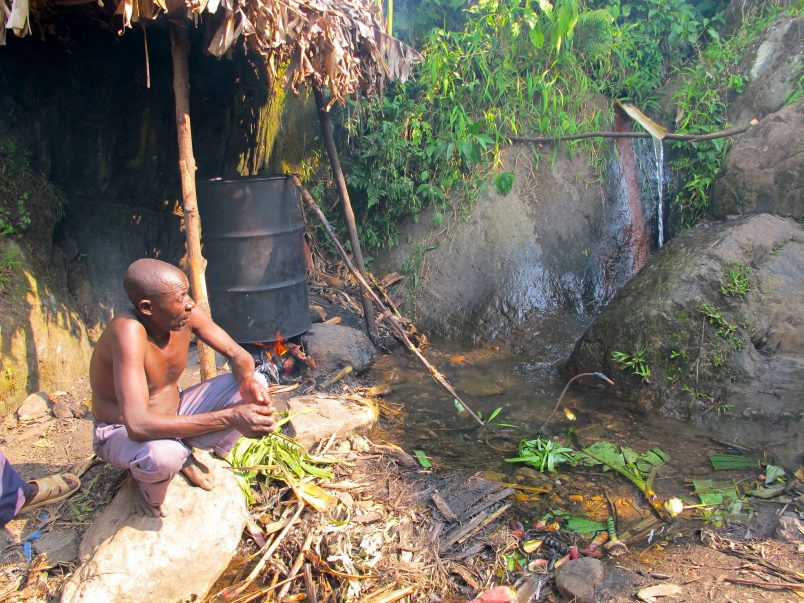 In a remarkable display of resilience, Uganda has thus far managed to avoid the carnage which the Covid-19 pandemic has caused in other parts of the world. As of 19 May, Kampala has officially registered 274 infections, along with 63 recoveries and, astonishingly, no deaths. Despite this good news, the country’s outlook nevertheless isn’t all that rosy: Uganda is looking down the barrel of considerable economic contraction in the months to come.

According to a business survey conducted by Uganda’s Economic Policy Research Centre (EPRC) on 12 May, the economy has already been severely affected by Covid-19, with 75 percent of businesses having laid off employees as a result of the imposed containment measures, especially in the agricultural sector. Cause for concern is the researchers’ prediction that the service sector will see widespread layoffs within the next six months as well, leading to a spike in the unemployment rate.

The Ministry of Finance, meanwhile, had already recorded tangible adverse effects on the Ugandan economy as early as February. Those findings came long before the country – and indeed, most of the world –  entered into lockdown, meaning the current wave of layoffs are a delayed but anticipated effect of the crumbling rapidly shrinking economy that saw an eight percent drop of exports in February. Add to this declining remittances and FDI, and it’s no surprise Uganda applied for help from the IMF to help absorb the shock to national finances. The IMF recently approved a SDR361 million ($491.5 million) cash injection to support financing “health, social protection and macroeconomic stabilization measures”.

The IMF steps in

However, this is a purely temporary fix to avoid the worst. To get its economy through the current crisis and benefit from an improved fiscal resilience beyond, Kampala needs to address certain structural shortfalls hindering Uganda’s long-term fiscal stability and advancement. In particular, the government urgently needs to ensure that existing revenue streams improve their yield and are efficiently collected – crucial for keeping national debt at sustainable levels, especially in the context of the corona-induced downturn.

In its most recent country report published earlier this month, the IMF made clear the Ugandan government is acutely aware of this, particularly as tax collection is concerned, and remains “committed to ensuring debt sustainability, including through their efforts to enhance revenue collection and strengthen public investment management.” In a show of determination to improve the country’s tax structure, the government is set to continue implementing the recently concluded Domestic Revenue Mobilization Strategy (DMRS), a major economic overhaul designed to achieve higher tax yields across a variety of sectors.

Getting the priorities right

Uganda’s ultimate goal is to increase tax revenue as share of GDP by 0.5% per year. While this will require a multi-pronged approach, a relatively low-hanging fruit would be to strengthen excise laws. In fact, the DRMS identifies this as a priority “with regards to the production, distribution and consumption of alcohol and other excisable products”, and warns that “the lack of regulation of the production, distribution, and consumption of alcohol leads to the availability of illicit, untaxed alcohol.” Alcohol is a good place to start, given the long-standing problem of moonshine, illegally produced liquor which is so endemic and harmful to society that it has been described as an epidemic in its own right.

In September 2019, the country began rolling out digital tax stamps for beer, spirits and soft drinks after the tender was awarded to Swiss company SICPA. Except for spirits, the roll-out has been concluded, but fierce opposition from the Uganda Manufacturers Association (UMA) has acted as a strong break on vital progress. UMA first lodged a complaint against the stamp system in 2018, arguing it would increase costs in the face of evidence that suggests manufacturers were routinely under-declaring. Although the complaint was dismissed, manufacturers’ push-back on the tax stamps continues.

Considering the amount of contraband, counterfeits, fake products and home-brewed liquors on the market, the slow progress in building an effective excise tax system, which was originally planned to be fully operational across the country by the end of this fiscal year, not only costs the fiscus millions in lost revenue, but poses a public health risk as well. The delay is therefore unfortunate, since its timing coincides with rising pressures on the healthcare system as a result of Covid-19.

The path towards a stronger Uganda

Better regulatory enforcement is key if Uganda hopes to obtain a sustainable tax base. After all, many important aspects of the government’s plans for a stable economy depend on it, such as maintaining debt sustainability and driving forward economic and social development.

Kampala has demonstrated it knows where the problems are. The question now seems to be whether clear-cut action can make the country stronger than it was before the crisis.