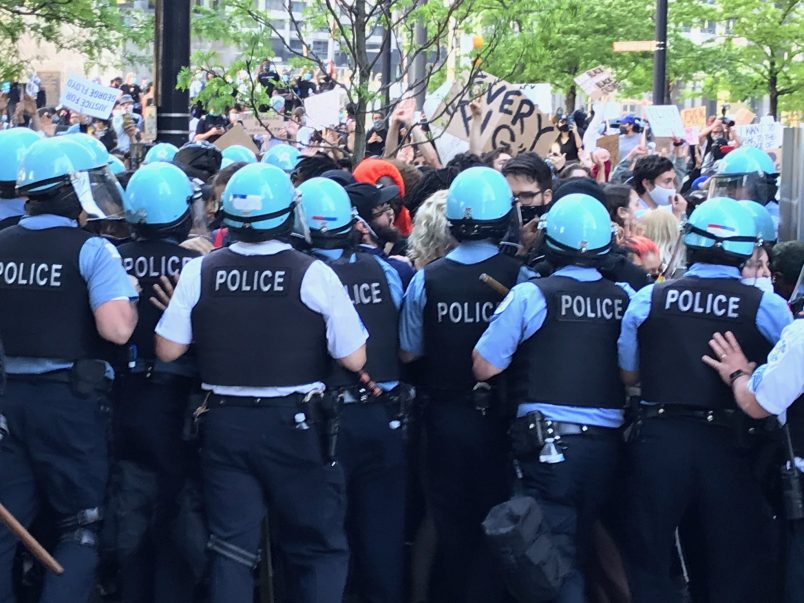 Cities across the United States woke up Sunday morning to the grim aftermath of fresh waves of protest that have now lasted nearly a week, spreading from Minneapolis – a diverse community that is home to many African immigrants – and cascading across dozens of cities where racial tensions have exploded in anger and frustration.

New York City, Los Angeles, Chicago, Atlanta and nearly all major urban centers saw thousands of people take to the streets. Protesters clashed with police and security forces for a second night at the White House in Washington D.C., before marchers spilled into surrounding blocks where they smashed windows and looted businesses.

“My administration will always stand against violence, mayhem, and disorder,” said Trump, who nonetheless sent conflicting messages for days that failed to de-escalate the violence. “We will stand with the family of George Floyd, with the peaceful protesters, and with every law-abiding citizen who wants decency, civility, safety, and security.”

Floyd died on May 25 when former Minneapolis police officer Derek Chauvin pinned the 46-year-old African American to the street with a knee to his neck for some nine minutes, despite Floyd’s pleas that he couldn’t breathe. The incident was videotaped by bystanders, sparking outrage in the Minnesota city and leading to Chauvin’s arrest on murder and manslaughter charges.

By Sunday morning, though, it was clear that protests sweeping the nation were rooted in long-simmering anger at systemic racial and economic injustices, and they sharpen U.S. political divisions ahead of November elections.

Shattered glass, graffiti and burned-out storefronts marked the protests in cities large and small, including Cleveland, Detroit, Louisville and other Midwestern cities. At least three people died in protest-related shootings in Indianapolis. Police cars and stations, alongside other government buildings, have been targets as protesters set them on fire.

Trump has not addressed the nation over the crisis though advisors are urging him to do so, according to the Washington Post.