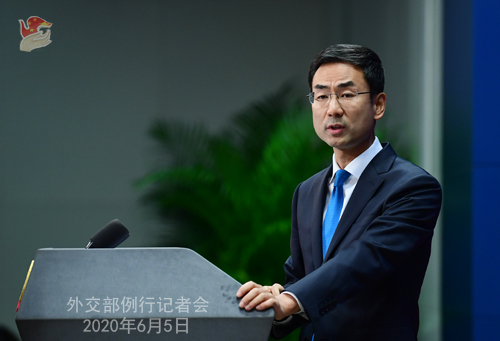 Beijing on Friday was quick to welcome the news from Burundi, where the constitutional court has confirmed May 20 presidential election results that will put Evariste Ndayishimiye into office, replacing outgoing President Pierre Nkurunziza but maintaining power for the CNDD-FDD party.

“We believe that under the leadership of President Ndayishimiye, the Government and people of Burundi will make greater achievements in national development,” said Chinese foreign ministry spokesman Geng Shuang, who served his last day in the office before moving to what is expected to be a United Nations post.

“Burundi is China’s ‘all-weather’ partner and friend in Africa,” Geng added. “China is ready to work with Burundi to consolidate friendship and mutual trust, deepen mutually beneficial cooperation and strengthen international coordination to elevate bilateral relations to a higher level.”

The Burundi court’s decision followed challenges from CNL opposition leader Agathon Rwasa, who alleged the results were compromised by fraud and irregularities. Rwasa, speaking to national radio on Friday, said he does not intend to further oppose the result and will abide by the court’s ruling to move the country forward in unity.

Ndayishimiye won the election with 68.7 percent of the vote, according to Burundi’s Independent National Electoral Commission (CENI). Rwasa received 24.2 percent of votes cast, with none of the other five candidates reaching a 2 percent threshold.

Ndayishimiye is the hand-picked successor to Nkurunziza, who announced he would not run again despite a successful 2018 referendum that would have allowed him to continue in office. It was Nkurunziza’s successful run at a third term in 2015, in violation of the existing constitution, that touched off electoral violence and a human rights crisis in the east-central African nation.