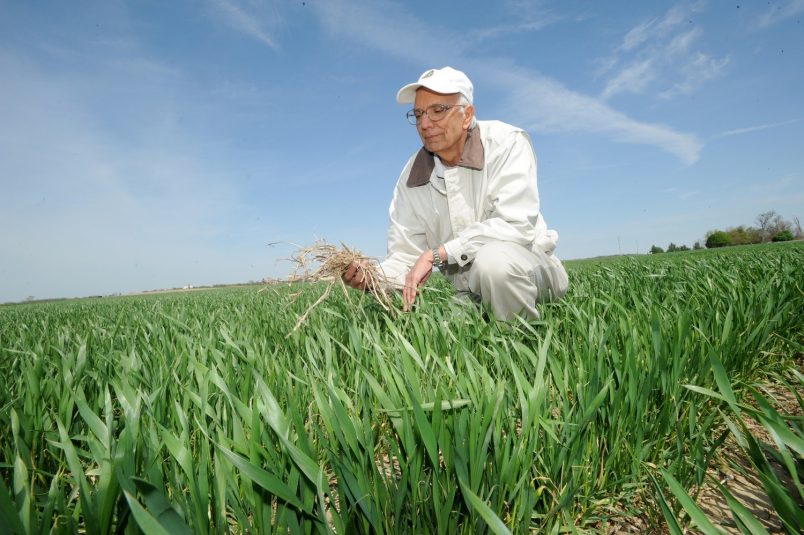 A global expert on soil health who began his research career in Nigeria has been named the recipient of the 2020 World Food Prize.

Dr. Rattan Lal, who grew up as a refugee on a smallholder farm in India, received the US$250,000 prize for his work in protecting and improving soils across the world. He also promotes understanding of soil’s key role in carbon sequestration, as well as biodiversity and ecosystem protection, all critical in the fight against climate change.

Lal started his work at the International Institute of Tropical Agriculture in Nigeria, developing soil health restoration projects across Africa, Asia and Latin America, according to the prize committee based in the United States. He advanced techniques such as no-tillage, cover cropping, mulching and agroforestry that protect soil, water and crops.

“This in turn improved the long-term sustainability of agroecosystems and minimized the risks to farmers of droughts, floods, and other effects of a changing climate,” the committee said in its statement.

Lal, now the founding Director of the Carbon Management and Sequestration Center at The Ohio State University in the U.S., welcomed the prize with “unbound joy” but warned there is much work left to do.

“The urgent task of feeding humanity is not fulfilled until each and every person has access to an adequate amount of nutritious food grown on a healthy soil and in a clean environment,” he said.

The World Food Prize is the premier international award for accomplishments in improving the quality, quantity or availability of food as a foundation of human development. The Prize was founded in 1986 by Dr. Norman E. Borlaug, the recipient of the 1970 Nobel Peace Prize.