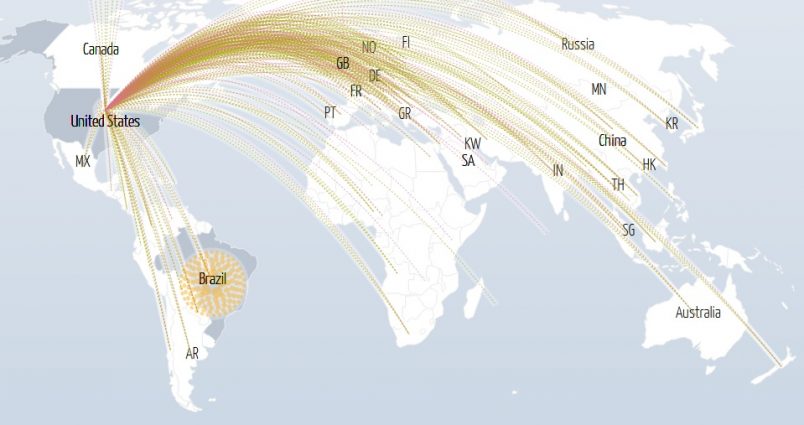 South Africa’s Telkom wasn’t the only service to suffer an outage on Monday, although the nationwide disruption in its 086 call center services and its 0800 toll-free numbers caused plenty of business disruption.

In the United States, it seemed like every communications service was down as what many suspect was a massive DDoS attack stretched on for hours and knocked more and more providers offline. By late Monday the entire country was affected, including customers of major carriers Sprint, Verizon, AT&T, as well as Instagram and other services.

Those outages interfered with call and text services across borders too, with Brazil and other nations reporting impacts.

Facebook was seeing problems too, though, according to the DownDetector website. While the disruptions appeared to affect the U.S. and Europe the most, parts of Egypt, Algeria and Tunisia also showed Facebook outages. People turned to Twitter to talk about the outage and speculate on a DDoS attack, but it wasn’t long before Twitter was showing pockets of disruption too, again in the U.S. and Europe as well as Japan.

DDoS, or direct denial of service, is an intentional cyberattack that floods systems with massive amounts of activity so that legitimate users are unable to access services.

In Mali, it’s the security crisis that’s contributing to the population’s hunger. In Kenya, a…