Home>Politics & Policy>Vote count continues in Malawi's presidential election do-over
By AT editor - 25 June 2020 at 1:46 am 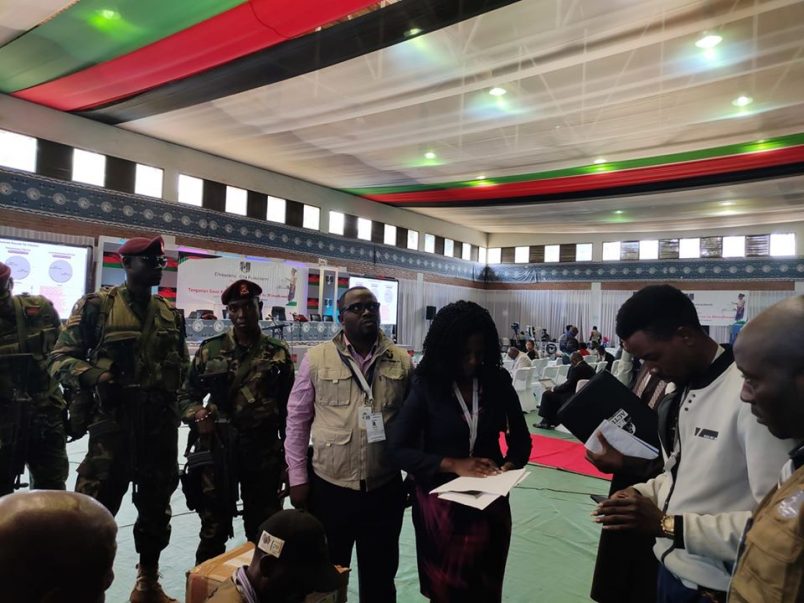 Election officials in Malawi began counting the votes on Wednesday following a presidential election do-over mandated by the country’s top court, but they’re still gathering data from around the country and no official results have been released.

That said, local media reports suggest opposition candidate Lazarus Chakwera of the Malawi Congress Party (MCP) has an early lead over President Peter Mutharika, whose victory in the original May 2019 contest was overturned in February. That court decision sent voters back to the polls on Tuesday.

Mutharika received 38.6 percent of the vote last year, while Chakwera received 35.4 percent. This time, Chakwera has joined forces with Saulos Chilima, a vice president under Mutharika who ran as the United Transformation Movement (UTM) party last year and received 20.2 percent of the vote. Chilima is now Chakwera’s running mate and is part of a broader opposition coalition also backed by former president Joyce Banda.

The Tonse Alliance says its numbers suggest a decisive win for Chakwera based on unofficial tallies. Meanwhile, Mutharika’s Democratic Progressive Party (DPP) has complained to the Malawi Electoral Commission because of alleged attacks on their poll monitors and party members, which they say were orchestrated by MCP and UTM followers.

Although Malawi’s voting was largely peaceful, the country has seen unrest across the last year as opposition leaders rejected the election results, and citizens demanded a transparent and fair process as well as the resignation of former MEC chief Jane Anseh.