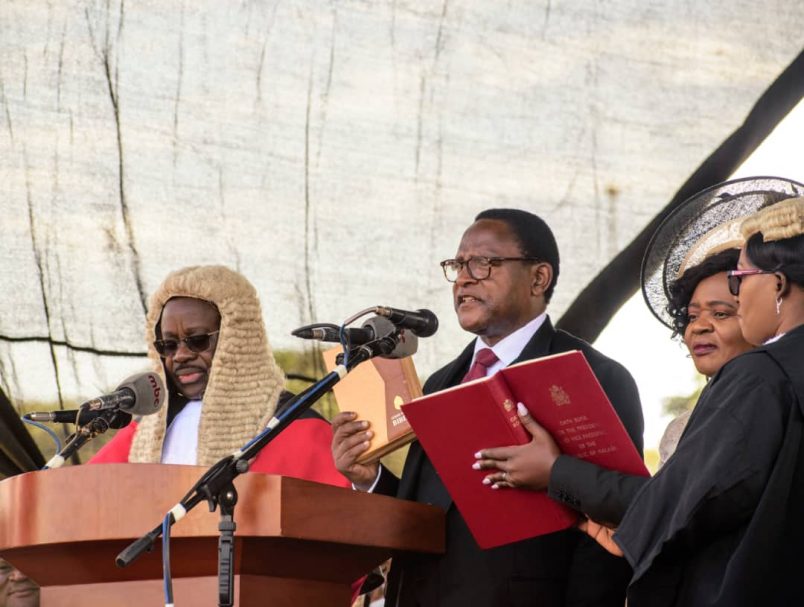 New President Lazarus Chakwera was sworn into office in Malawi on Sunday in a ceremony in Lilongwe.

The Malawi Electoral Commission declared Chakwera winner with 2,604,043 votes, or nearly 60 percent of the total. Mutharika, whose victory in the original May 2019 contest was overturned in February, received 1,751,877 votes.

The voting followed a successful legal challenge spearheaded by Chilima and Chakwera, who complained of numerous irregularities with cases of violence or intimidation when a second term went to Mutharika and his Democratic Progressive Party. Malawi’s top court agreed, leading to the new election.

The Tonse Alliance, backed by former president Joyce Banda, expected a decisive win for Chakwera based on unofficial tallies. Meanwhile, Mutharika’s Democratic Progressive Party (DPP) complained to the Malawi Electoral Commission because of alleged attacks on their poll monitors and party members, which they say were orchestrated by the opposition.

Although Malawi’s voting was largely peaceful, the country has seen unrest across the last year as opposition leaders rejected the election results, and citizens demanded a transparent and fair process as well as the resignation of former MEC chief Jane Anseh.