Home>Health>Ghana denies Akufo Addo has left country for COVID treatment
By AT editor - 5 July 2020 at 11:31 pm 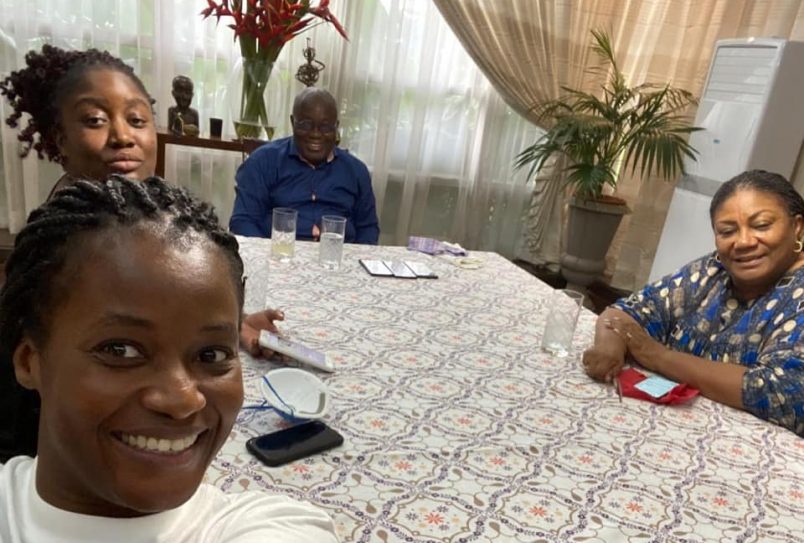 Ghanaian authorities on Sunday were denying rumors that President Nana Akufo Addo has left the country for medical treatment, following news that he had been exposed to COVID-19 through a close contact.

“Kindly disregard the false story published by the Herald newspaper,” said Eugene Arhin, the president’s communications director, in a social media post. “The president is in the country and he’s currently at the Presidential Villa in Jubilee House, observing the 14-day self-isolation precautionary measure.”

Arhin was referring to a Herald story that suggested Akufo Addo was flown to London on Saturday, and that he has actually tested positive for the coronavirus. The Herald cited unnamed sources from within the administration, including one skeptic who, the paper said, insisted on seeing proof that the president was still in Accra.

To that end, Arhin posted a photo of Akufo Addo at home with family members in hopes of dispelling rumors.

The Ghanaian government announced over the weekend that beginning Saturday, Akufo Addo would be in isolation for the 14-day period in compliance with COVID-19 protocols. The announcement stressed that the president tested negative for the coronavirus, which has claimed 122 lives in Ghana, according to the latest numbers from the Africa Centres for Disease Control and Prevention.

The government did not disclose how Akufo Addo may have been exposed, but a number of officials including his 2020 presidential election campaign manager have tested positive for the virus. Ghana is scheduled to head to the polls in December.