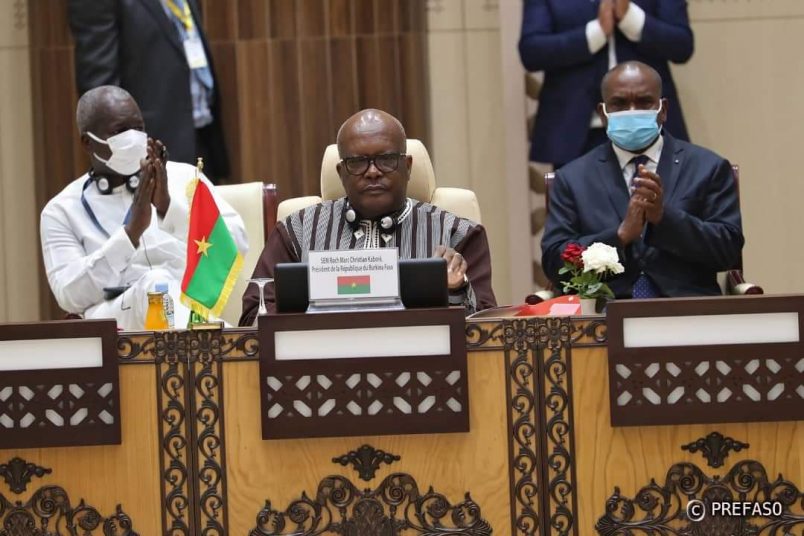 The United States says it is “deeply concerned” by allegations of state security forces committing human rights violations in the Sahel region, including a troubling report of mass executions in Burkina Faso released earlier this week by Human Rights Watch.

“Continued human rights violations and abuses risk undermining the state’s credibility with its citizens, serve as a recruiting tool for terrorists, exacerbate the existing humanitarian crisis, and undermine efforts to bring security and stability to the region,” said Morgan Ortagus, a spokeswoman for the U.S. Department of State. She noted the U.S is also monitoring similar reports from Mali.

“The United States has made clear that our assistance to the region must not be used in any way that contributes to violations or abuses of human rights and that without prompt and thorough action to address these allegations, U.S. security assistance may be at risk.”

The U.S. praised Burkinabé President Roch Marc Christian Kaboré, above, and his counterparts of the G5 Sahel nations for their willingness to investigate allegations of abuses by security forces. That commitment was made public during the G5 Sahel-France Summit in Nouakchott held July 1.

The region has struggled to contain armed extremists for years, despite the economic and military assistance of France, the U.S. and other nations, and the summit focused on security in the Sahel, the deteriorating situation in Libya and the COVID-19 pandemic, according to the president’s office. It followed a January meeting hosted by France to establish a new strategy and smooth over rising diplomatic tensions between the G5 nations and France.

Moumina Cheriff Sy, the new defense minister in Burkina Faso, has promised to investigate HRW’s report of at least 180 people found in mass graves in and around Djibo, most of them ethnic Fulani or Peuhl men. Yet he also suggested that security forces may not be involved, despite the documentation from numerous witness interviews.