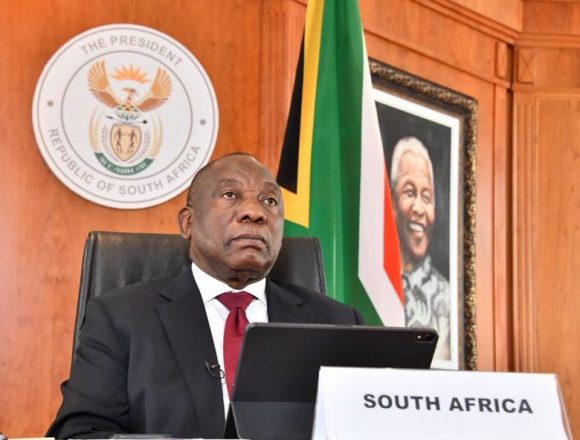 South Africa has instituted a mandatory face mask policy, nighttime curfew and a return to a ban on liquor sales as the country faces an upsurge in coronavirus cases – the equivalent of 500 new cases each hour.

“Like the massive cold fronts that sweep into our country from the South Atlantic at this time of year, there are few parts of the country that will remain untouched by the coronavirus,” said President Cyril Ramaphosa in a televised address to the nation late Sunday. “The coronavirus storm is far fiercer and more destructive than any we have known before. It is stretching our resources and our resolve to their limits.”

The surge that began in the Western Cape has spread to Gauteng and Eastern Cape, placing pressure on the health care system. South Africa now has 28,000 hospital beds for COVID-19 patients, as well as field hospitals across the country. There have been 276,242 confirmed cases in the country, nearly 100,000 of them in Gauteng.

“We have secured 1,700 additional ventilators, and companies in South Africa are in the process of producing another 12,000 ventilation devices for delivery between the end of July and the end of August,” Ramaphosa added.

The president said hospitals saw increased resource demand when the previous alcohol ban was lifted, much of it for trauma patients, and the new ban is meant to relieve that pressure. So is the curfew from 9 p.m. to 4 a.m., beginning Monday night with exceptions for travel to work and urgent medical or other assistance.

The masks are needed to reduce the spread of the virus, with Ramaphosa noting that too many people are not voluntarily choosing to wear them and businesses are failing to enforce the measure.

There will not be a return to lockdown conditions at this time, although South African authorities have considered it for at least parts of the country.

“The advice we have received is that taking this step now would not necessarily achieve a significant reduction in the rate of transmission and would come at an extraordinary economic cost,” Ramaphosa said.