Home>Articles>Africa makes progress on financial governance despite recent setbacks
By AT editor - 27 July 2020 at 5:19 pm 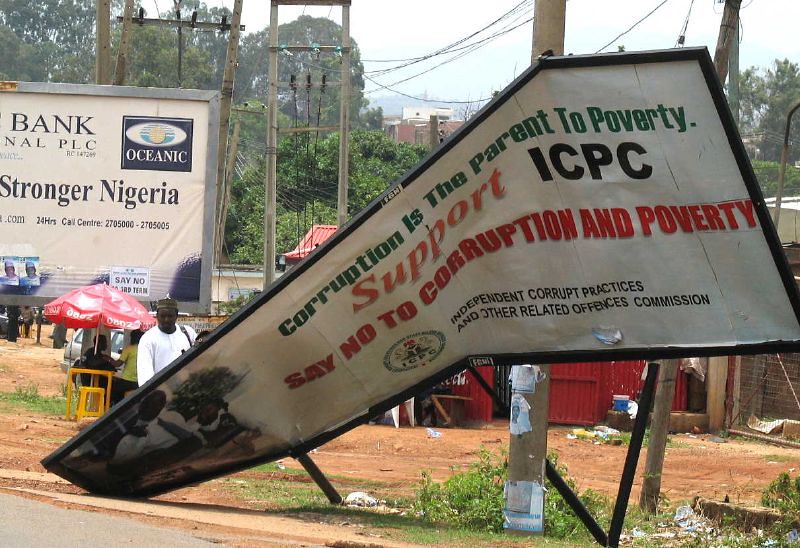 Nigeria’s war on corruption suffered several body blows this month after Ibrahim Magu, the chief of its Economic and Financial Crimes Commission (EFCC), was suspended on suspicion of malfeasance, including collecting bribes and siphoning funds away from the EFCC. A dozen more staff members within the anti-corruption agency were subsequently withdrawn from duty while the investigation is ongoing, prompting a flurry of criticism that the country seems to be taking one step forward and two steps back with regard to its approach to institutional graft.

The Magu controversy is particularly damaging given that Nigerian President Muhammadu Buhari has already struggled to follow through on his signature campaign pledge of stamping out graft. The EFCC, which was established in 2003 after the international Financial Action Task Force (FATF) singled Nigeria out as one of the countries that was uncooperative in the global fight against money laundering, has admittedly secured over 600 convictions in the first three years of Buhari’s tenure—including several prominent public figures such as the country’s Chief Justice Walter Onnoghen.

Nigeria has nevertheless lost ground in international rankings such as Transparency International’s Corruption Index, and with Magu now facing allegations that he peddled assets seized by the EFCC to “cronies, associates and friends” and misappropriated previously-stolen funds, confidence in Nigeria’s ability to crack down on corruption and money laundering has been shaken.

Scandals like this one are particularly unfortunate in that they help to reinforce an unfair (and somewhat prejudiced) view of Africa as being hopelessly rife with financial crime and corruption. While serious concerns remain throughout the continent—as in most of the world— several African states have made real progress towards establishing robust financial governance procedures. Among others, Mauritius and Botswana are particularly noteworthy examples of such recent efforts.

Promising signs from Mauritius and Botswana

Mauritius has made great strides in bringing its tax policy in line with international best practices over the past couple of years. In July 2017, Port Louis signed the BEPS, the OECD’s flagship treaty on countering tax avoidance. The instrument came into force in February 2020, after the country got its legislation in line with the treaty. Some 44 out of Mauritius’s 46 double taxation avoidance treaties (DTAAs) are now compliant with the BEPS.

Port Louis revised a number of pieces of legislation in order to comply with the OECD’s recommendations, such as modifying the method by which income is calculated for foreign companies to ensure that they can’t engage in tax avoidance. As a result, the country’s progress on tax issues has been welcomed by both the OECD, and the European Union, which determined in October 2019 that Mauritius is fully compliant with the EU’s norms for good governance regarding taxation.

Mauritius isn’t the only African nation which has made significant strides in tackling graft and adopting international best practices of financial governance. Botswana was recently placed on the EU’s grey list for tax practices pending a supplemental review on its exchange of information, though the country has made sufficient progress that France removed Botswana from its own list of non-cooperative states on tax matters earlier this year.

Botswana is also making a concerted effort to address the gaps in its anti-money laundering practices. Tax issues and money laundering are distinct issues requiring bespoke solutions. Good tax governance involves carefully monitoring and reporting on tax schemes and restricting who can benefit from special tax regimes in order to fight against tax evasion and abuse. Effectively fighting money laundering, meanwhile, requires closing avenues which could be used to “legitimize” criminal funds.

Botswana has been working with the FATF since 2018 on improving its AML regime. Steps already taken include the adoption of risk-based AML manuals for financial supervisors, Botswana’s first national risk assessment assessing its exposure to money laundering, and amendments to tighten up the country’s Financial Intelligence Act. What’s more, Botswana’s attempts to address the AML issues still outstanding—such as implementing enhanced due diligence for transactions with countries with high money laundering risks—are likely to be boosted by the country’s overall good governance.

Despite Mauritius and Botswana’s encouraging progress, it’s no secret that Africa is still struggling with deep-seated issues with its political and judicial infrastructure. The fact that $50 billion is lost to illicit financial flows across the continent each year – over double the amount it receives in developmental aid from abroad – is testament to the size of the challenge ahead. Meanwhile, the occurrence of scandals such as the one current befalling Nigeria are frequent reminders that the war against corruption, tax evasion and money laundering is far from over.

There is significant cause for optimism about the direction in which the continent is heading. Magu’s suspension and the attendant brouhaha are increasingly becoming isolated incidents; exceptions to the rule, rather than the rule itself. Instead, a new furrow is being forged in Africa, in which countries like Mauritius and Botswana are working alongside the FATF and the EU to integrate strict legislation aimed at cleaning up their reputations and their infrastructures. Recognizing that progress and encouraging it will be key to ensuring Africa isn’t tarred with the same tired brush every time a scandal hits its shores, but rather emerges into a fairer, freer and more financially stable future.