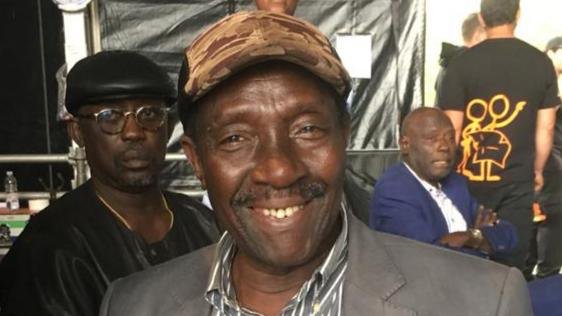 The music world is mourning the death of Balla Sidibé, a founding member and lead singer of the Senegalese music group Orchestra Baobab. He died in Dakar on Wednesday and was buried late in the day.

“He was rehearsing new material with the group only yesterday. Balla was a giant of African music and a great and gentle man,” said the orchestra in a social media message to their many fans.

Sidibé began his rise to global recognition in the 1960s, delivering what the band describes as “a unique blend of Afro-Latin styles, international pop, West African griot music, and an after-dark West African nightclub ambience of lilting, mellifluous rhythms.” A 50th-anniversary release of their 2002 reunion album was planned for September.

“Sidibé was the dean of the orchestra, and on each occasion, he told us anecdotes about the group,” said bandmate Thierno Koyaté in an interview with APS in Senegal. Koyaté said the orchestra lost both a singer and percussionist because Sidibé always fulfilled both roles with them.

The death appeared to be unexpected because Sidibé was rehearsing with them in preparation for the 50th anniversary when he left abruptly. The band member told APS that they will have to go on without Sidibé, who was deeply involved with the anniversary plans and a related documentary.

Senegal’s organization for musicians paid tribute to Sidibé as “a sage, a father and a friend.”

“AMS joins the pain of the entire artistic community and expresses its condolences to the family and members of Orchestra Baobas,” said the association. “Peace to his soul.”