Home>News>Lebanon says Beirut port blast linked to ammonium nitrate
By AT editor - 5 August 2020 at 12:29 am 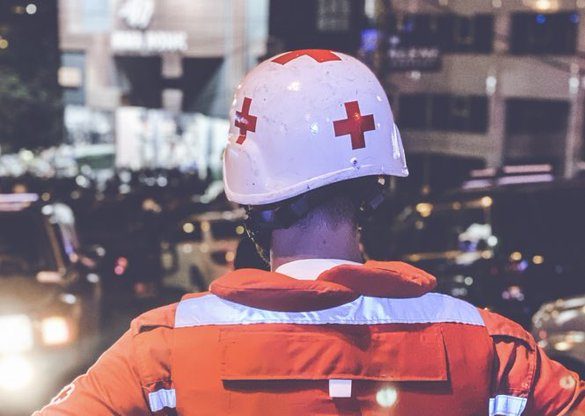 The death toll continued to rise in Lebanon following a massive blast in Beirut, with the government confirming at least 73 people dead and another 4,700 injured and seeking care at overwhelmed and damaged hospitals.

The explosion in the city’s port shattered buildings and overturned cars on nearby roadways with a force felt as far away as Cyprus, some 240 kilometers away in the Mediterranean. The United States Geological Survey put the energy of Tuesday evening’s explosion at the equivalent of a 3.3-magnitude earthquake, while noting that it’s not an entirely direct comparison because the explosion occurred at the surface where seismic waves are not as efficiently generated.

Lebanese officials say it was 2,700 tons of ammonium nitrate that exploded when ignited by sparks, but a full investigation has yet to be completed. Lebanese are dealing with the immediate public health emergency and displacement of residents from large swaths of an area that is home to more than 2 million people, and doing so amid the COVID-19 pandemic, political turmoil and a deep economic crisis now made worse.

Abbas Ibrahim, the security chief in Lebanon, said the ammonium nitrate – often used in agriculture – was stored at the port facility for years. Local media accounts suggest legal and financial complications led to the storage after a ship bound for Mozambique in 2013 diverted to the port in Beirut and was unable to continue the journey.

Governments around the world, including Egypt, France, the UK and the United Arab Emirates, have sent condolences and pledges of emergency support for Lebanon.