Home>Finance & Economics>African leaders extend assistance, condolences after Lebanon blast
By AT editor - 6 August 2020 at 1:30 am 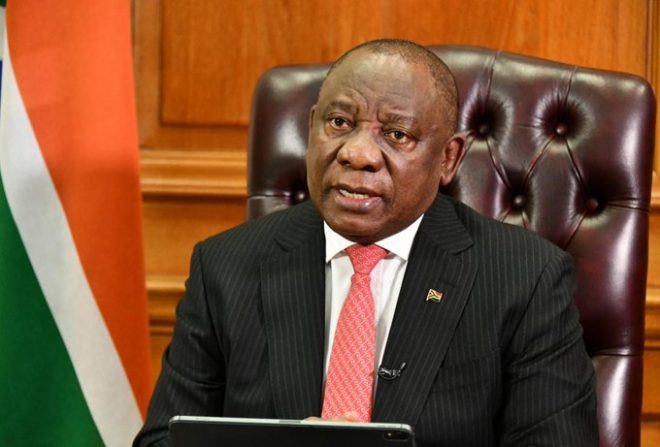 African leaders joined their counterparts from across the globe on Wednesday as they extended condolences and assistance to the people of Lebanon following Tuesday’s massive explosion in Beirut.

President Cyril Ramaphosa of South Africa, current holder of the African Union presidency, expressed concern for the many Lebanese families who lost loved ones in the blast. There are 135 known fatalities, with some 5,000 injured and many people still missing. Up to 300,000 people have been left homeless by the explosion.

“Our thoughts and prayers are with the people and Government of Lebanon as they deal with the aftermath of this disaster,” said Ramaphosa. Ethiopian President Abiy Ahmed and Macky Sall, his Senegalese counterpart, joined leaders from Tunisia, Egypt and others in extending their solidarity and assistance.

The explosion in the city’s port shattered buildings and overturned cars on nearby roadways with a force felt as far away as Cyprus, some 240 kilometers away in the Mediterranean. The United States Geological Survey described the energy of the blast as similar to a 3.3-magnitude earthquake.

President Michel Aoun said Lebanon is committed to restoring Beirut, but the challenge is daunting. Lebanon’s food imports and other goods reaching its regional neighbors come through a port that was leveled when 2,700 tons of ammonium nitrate in storage was ignited by sparks.

Lebanese officials said Wednesday that they want the blast site treated as a crime scene, in part because they believe the ammonium nitrate was improperly stored for years after a ship bound for Mozambique in 2013 ran into legal and financial complications in Beirut and was unable to continue the journey.