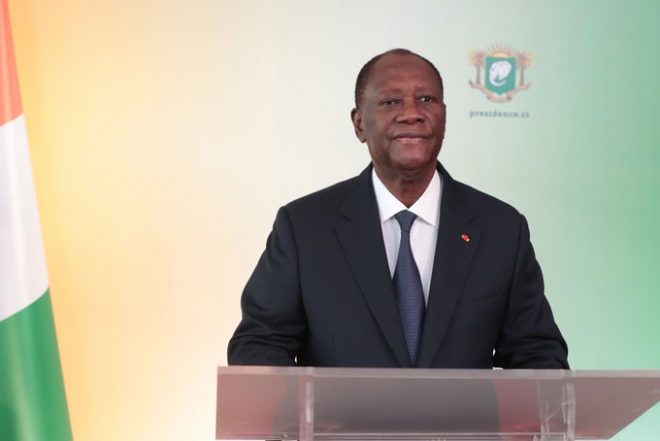 Opposition leaders in Côte d’Ivoire immediately rejected the news that President Alassane Ouattara will seek a third term in office, following his announcement on Thursday just as the nation celebrates its 60th anniversary.

Leaders of the Ivorian Popular Front (FPI) and Parti Démocratique de la Côte d’Ivoire-Rassemblement Démocratique Africain (PDCI-RDA), the main political opposition parties in the West African nation, both said the Ouattara candidacy is illegitimate despite legal reforms that would allow the president to stand for elections in October.

“We are facing an organized state coup in the sense that Mr Ouattara’s plan constitutes a serious (constitutional) violation,” said Moussa Toure in an interview with France 24. Toure, speaking on behalf of independent candidate Guillame Soro, added that Ouattara’s decision “takes us back 10 years” and risks a return to the instability and political violence of a decade ago.

The Independent Electoral Commission (CEI) also has been viewed with suspicion by opposition leaders, many of whom reject CEI authority because of its alignment with the ruling Rally of Houphouëtists for Democracy and Peace (RHDP) party.

Ouattara previously said he was not seeking a third term and supported former prime minister Amadou Gon Coulibaly as the RHDP candidate, but Coulibaly’s death last month meant RHDP would have to change plans.

The CEI in Abidjan will continue to accept candidate filings for the presidency through August 31.